This is a regular series which attempts to combine my lifelong passion for trading cards with my semi-professional interest in celebrities.  Today I am featuring men representing the two teams with the worst records in baseball.

Born in Virginia, Clarence Clemons (aka the Big Man) was an outstanding football player for Maryland State.  He attracted some NFL interest, but a car accident ended that possibility.  Football's loss was music's gain as Clemons went on to a Hall of Fame musical career, most notably as a member of Bruce Springsteen's E Street Band.  The Celebrity Jersey Card for Clemons breaks the time continuum, as the Marlins were not around when the card would have been issued in 1961. 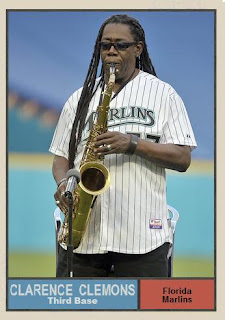 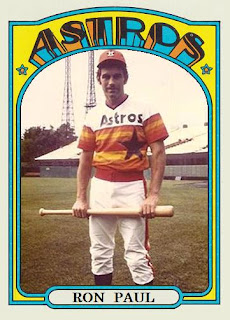