In 2012, I was very excited when I signed on to cover the expansion Chicago Express hockey team of the ECHL.  The organization embraced JohngysBeat.com and what we brought to the table.  Unfortunately, the Express folded after that season.  Despite the association with the team being short-lived, it was fun while it lasted.
The coach of the Express was Steve Martinson, who had a 19 year career as a player.  Martinson spent time with the Detroit Red Wings, the Montreal Canadiens and the Minnesota North Stars, although most of his career was in the minors.  He was definitely a hockey lifer.
He went into coaching immediately after playing and has spent the last 19 seasons as the head coach for various teams, including his one season with the Express.  Currently he coaches the Allen Americans in the CHL.  Based out of Allen, TX, the Americans are in the running for the top spot in the CHL.
I really enjoyed watching the Express practice.  I learned a great deal about hockey just from those few times.  Martinson is the kind of guy I would like to interview at length sometime.  I think he is a pleasant guy who has a ton of hockey knowledge and probably many great hockey stories.  I would have had that chance if the Express had survived.
I can mourn the loss of the Express or I can celebrate the addition of the Rockford IceHogs. While it wasn't exactly a trade, it somehow has worked out that way.  I will still continue to follow Martinson (and hopefully I will interview him again) and I have become a much bigger fan of the IceHogs.
Thanks for the memories Express.  Go IceHogs!! 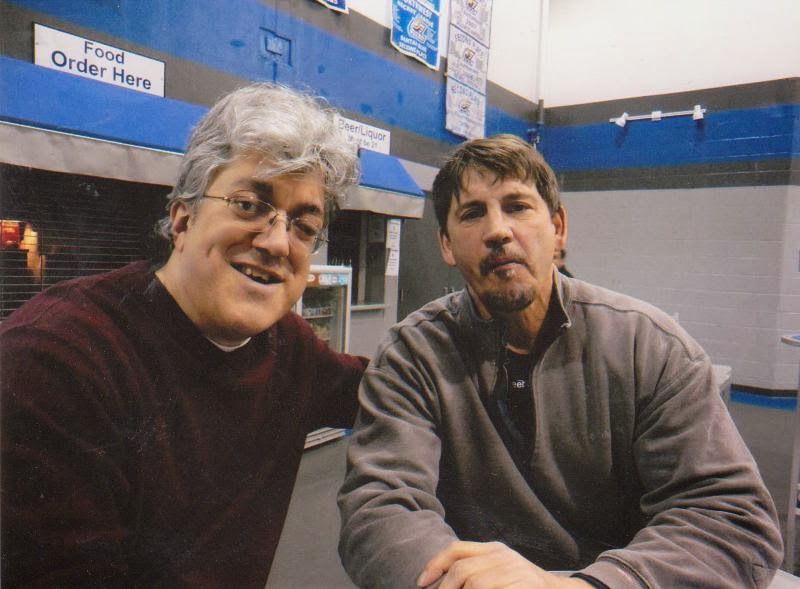