This is a recurring series which attempts to combine my lifelong obsession with bubblegum cards with my semi-professional interest in celebrities.  Basketball silliness is today's theme.

This is definitely my silliest Celebrity Jersey Card to date.  I am not sure what to make of the David Arquette atrocity.  I am not against having fun, but Arquette takes it to a while different level with that outfit. 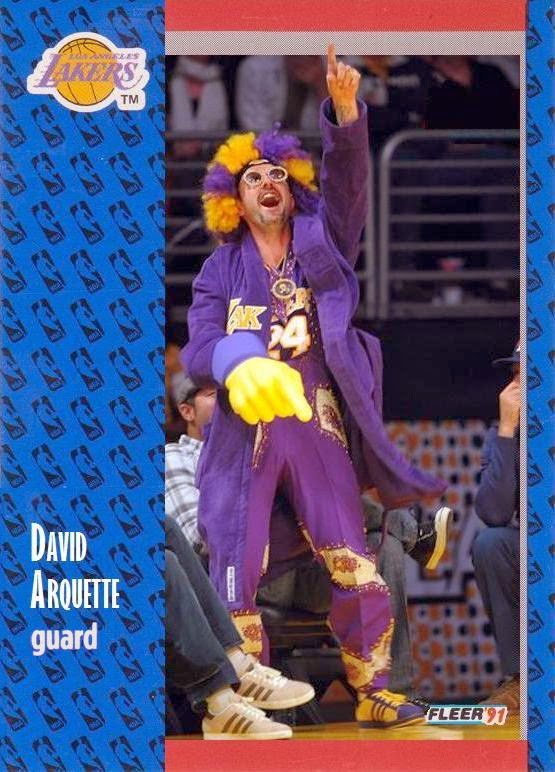 George Karl has had a Hall of Fame coaching career.  He also played for 5 seasons with the San Antonio Spurs in the mid-70's.  He actually had a couple basketball cards during his playing days, but those were obviously featuring hinm in a Spurs jersey.  The Celebrity Jersey Card below has Karl in a Denver Nuggets jersey, from his time coaching them.  Why is he wearing a Nuggets jersey over his turtleneck?  Why did he tuck in his jersey?  I don't know the answer to either, but at least he looks better than Arquette (but just barely). 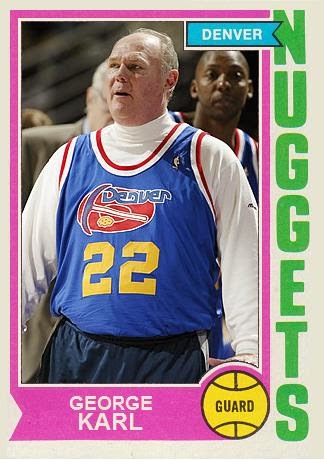