It isn't often you can meet a real Hall of Famer in your given profession, but that is exactly what my pal Chazz Moretti recently did.  Moretti met legendary wrestling manager Jim Cornette at the Squared Circle (one of my favorite places in Chicago).
Moretti is "the agent to the stars" on the local wrestling scene.  You can see him ply his craft at various independent wrestling shows, as well as on the Mancow Show.  Moretti is certainly building his career nicely.
Cornette has been in the business for over 30 years.  He has managed many of the great tag teams, most notably the Midnight Express.  He has managed in several organizations and has also contributed behind-the-scenes in many companies.  He has a brilliant wrestling mind.
One can only wonder what would have happened if a young Cornette tangled with a Moretti.  Even scarier is wondering what would have happened if the two ever teamed up.  They could create and manage a stable to rule the wrestling world.  Who could stop this duo?
It is not often that Moretti is in a building with a bigger managing star than himself.  For his part, the usually boisterous Moretti showed all of the proper respect due a man of Cornette's fame.  For the rest of the fans there, it had to be a real thrill to see the legendary Cornette and the future legendary Moretti side-by-side.  Fortunately for those not in attendance, I now present that special moment! 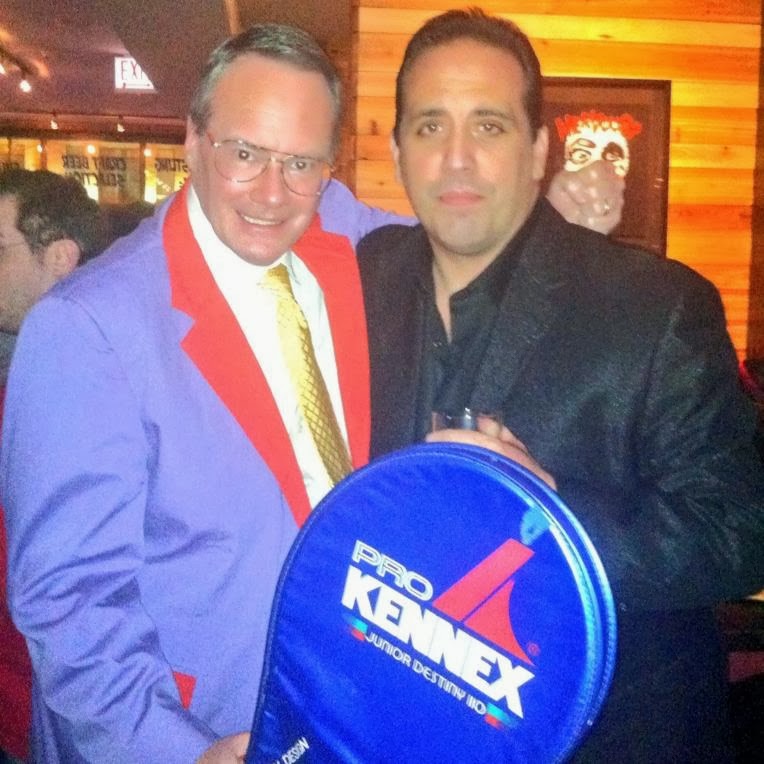 Jim Cornette and Chazz Moretti in Chicago, IL-January 2014.
Posted by Johngy at 6:00 AM