This is a regular series which attempts to merge my lifelong passion for bubblegum cards with my semi-professional interest in celebrities.  Since the Chicago Bliss were supposed to have opened the LFL season last night, I am featuring two Bliss players.

Heather Furr is the reigning LFL MVP and one of the best two-way players in the LFL.  She was also one of the LFL's leading passers last season.  She is a team leader on and off the field.  Heather is one of the toughest players I have ever seen in any sport.  "The Rockstar" is simply the best.  I would not be shocked to see Heather become the first woman LFL coach someday. 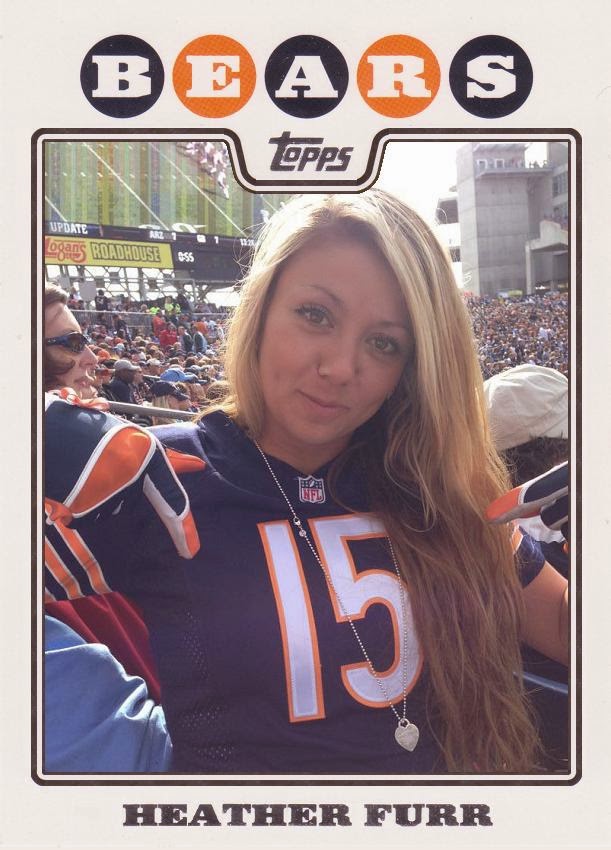 Deena Fagiano is one of the Bliss veteran players.  Whether at linebacker or tight end, Deena's enthusiasm and talent is always on display.  Deena is a hard-worker, who because of her positions, doesn't get the headlines.  Still, she is a valuable part of the Bliss on the field and a fan favorite, too. 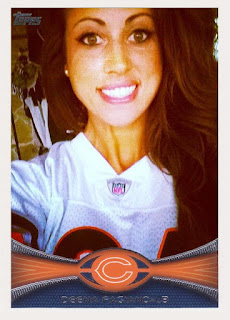