This is a regular series which attempts to combine my lifelong passion for baseball cards with my semi-professional interest in celebrities.  Today, I salute the Vancouver Canucks.  They did not make the playoffs, but with celebs like these representing them, who cares?

Second-generation singer Sophie Simmons is a cutie for sure.  She definitely looks better in leather pants than papa Gene.  Sophie has started a singing career and has sung the National Anthem at several sporting events.I think she has a great voice and a bright future.  She is the first of the Simmons clan top get a Celebrity Jersey Card, but she won't be the last (nor will this be her last card). 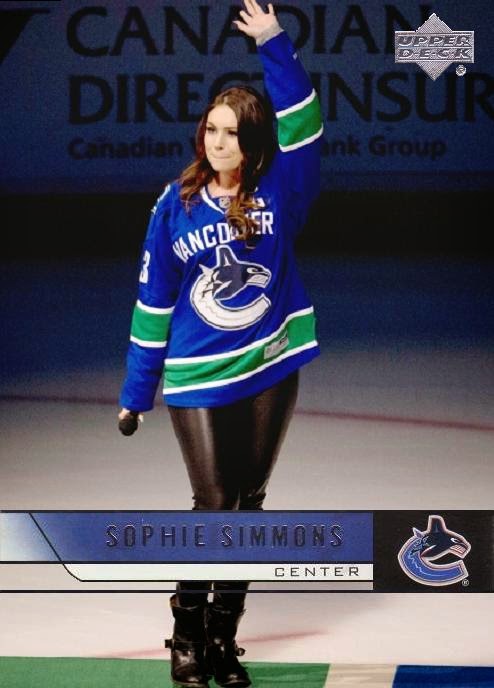 A native of Mississippi, Leann Rimes donned a Canucks jersey for a concert.  I have been a huge fan of Rimes for years.  I know of no other ties Rimes has with the Canucks, but again, who cares?  Beautiful and talented women wearing hockey jerseys never need a reason.  Rimes and Simmons definitely make for one of the best two-fers I have ever run on Celebrity Jersey Cards. 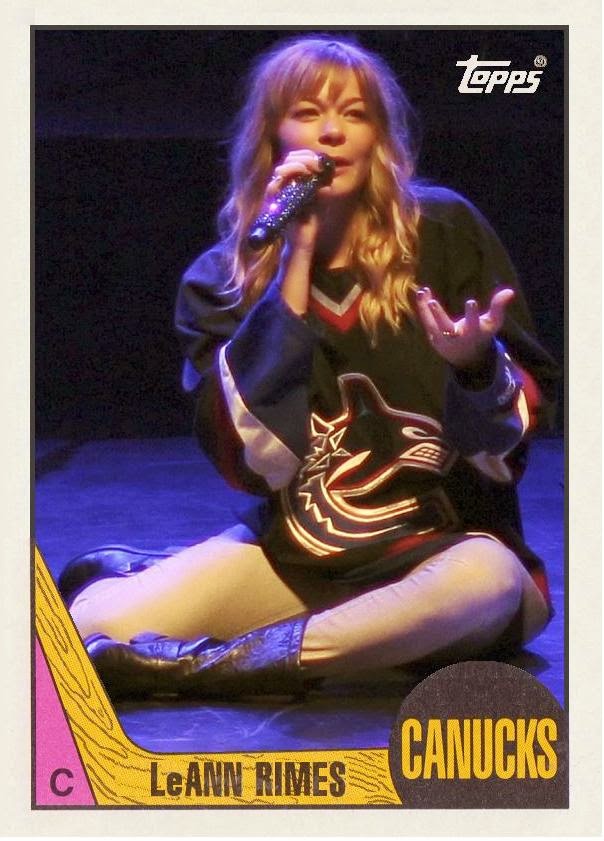