Gregg Zaun and the Backup Catcher Hall of Fame?

We have previously discussed the Backup Catcher Hall of Fame and our respect for the many fine catchers who never really made it as everyday catchers, but who nonetheless carved out solid, productive careers helping their teams in an under-appreciated way.  At JohngysBeat.com and the BCHOF, we always strive to shine a positive light on them.
For the first nine years of Gregg Zaun's major league career, he was well on his way to induction into the Backup Catcher Hall of Fame.  He averaged 64 games a year with a solid .250 batting average.  Throw in about 4 home runs and twenty rbi's and you have a can't miss BCHOF'er.
Then came 2004.  He played in 107 games.  He followed that in 2005 with 133 games.  Then 99 in 2006.  At this point, his BCHOF hopes were gone.
Was it worth it?  Were the extra games over those few years worth his BCHOF induction?  Only Zaun truly can answer that, but the BCHOF feels the loss.
Zaun finished his career with a respectable .252 batting average and 88 home runs.  He averaged 77 games a year over his 16 year career with 9 teams.
Zaun's career is not to be diminished.  Lasting for 16 seasons in the major leagues is an accomplishment.  He was a dependable catcher with a little pop.  I have certainly seen a lot worse in Chicago in my lifetime.  I'd gladly take a Gregg Zaun even now.
I am just lamenting the BCHOF's loss of such a promising prospect.  Rarely does a player put up nine solid seasons of BCHOF-esque numbers only to blow it all.  It's just a shame.
On the other hand, Zaun still plays a big role in the BCHOF.  He also proves just how valuable an excellent backup catcher really is.  Zaun was certainly capable of starting (or stepping in when needed).  If his stats were put into a 162 game average, they would show 12 home runs, 57 rbi's and a .252 average.  Those stats would have put Zaun in the top ten catchers last season.
Cuzz Gekas and I met Zaun on our annual baseball trip in 2012.  We fought back the urge to discuss this with him.  If we had more time, maybe if we had a beer with him, we would have explained this to him.  Instead, we talked briefly about his post-playing career and the Blue Jays.  He was a very nice guy and he would have made a great BCHOF'er.
It's just a shame.
JohngysBeat.com supports Zaun in his post-playing career efforts.  Zaun started the Gregg Zaun Foundation to help Canadian families in need.  He is very active with the charity and it does great work.  Please check it out at GZFoundation.com. 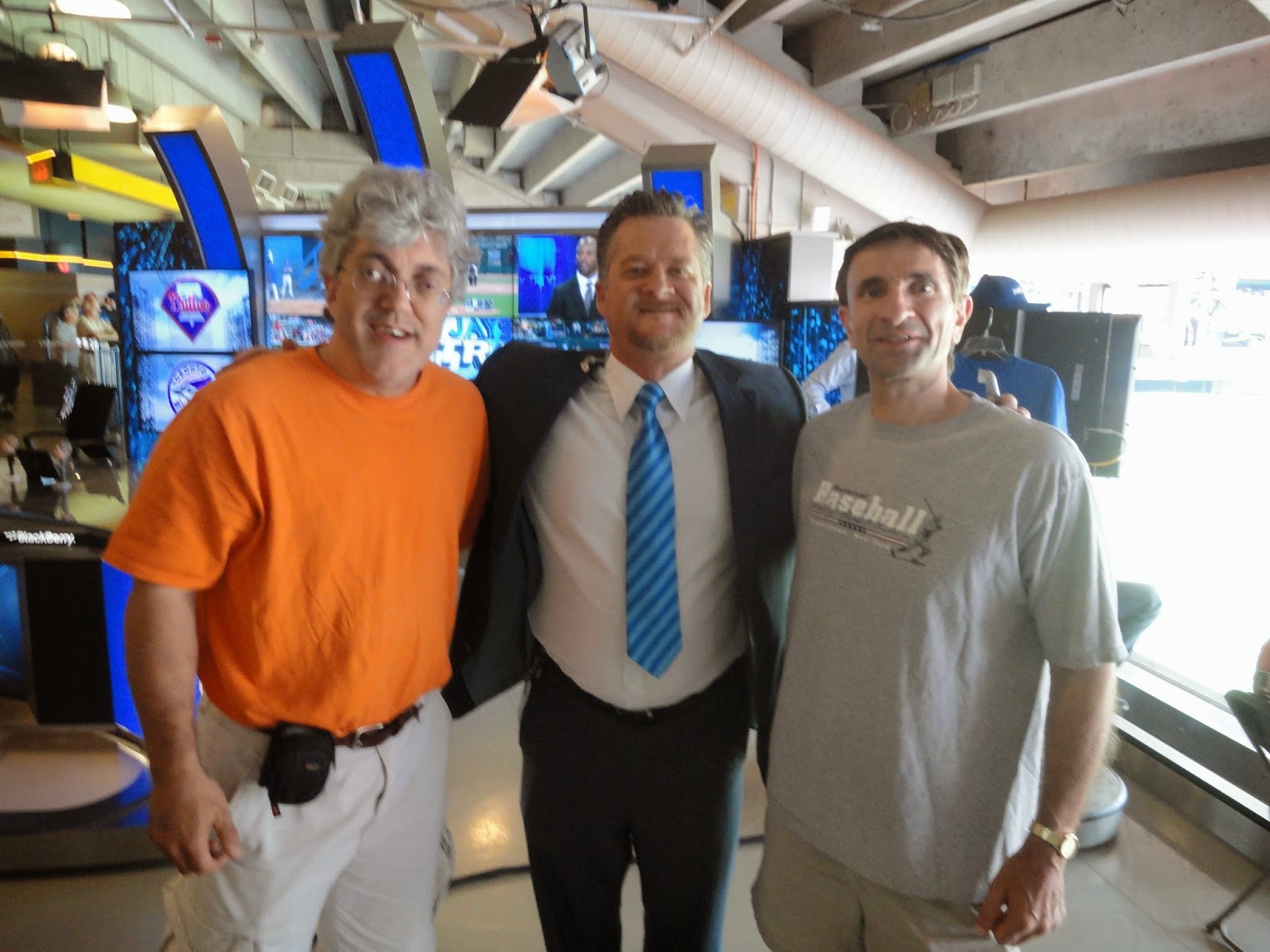