Athletes get trading cards.  Why not celebrities?  At least celebrities wearing athletic jerseys should get cards.  I am doing my best to create cards for jersey-clad celebs.  Time to get serious about hockey.

Christian Vande Velde is a former professional road racing cyclist.  The Chicago-area native participated in the puck shoot during an intermission and wore #22, which was worn by a few of my favorite Blackhawks, such as Jerry Korab, Grant Mulvey and Dave Manson.  For this Celebrity Jersey Card, Vande Velde owns #22. 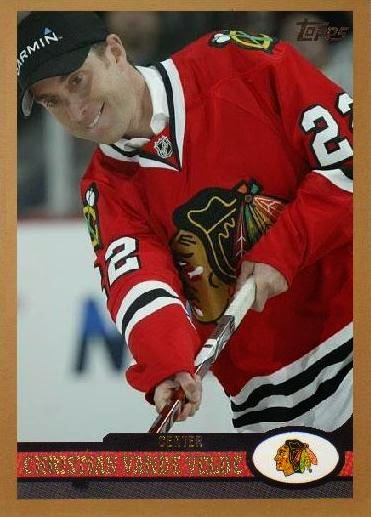 Chicago native Nick Digilio first started reviewing movies at WGN way back in 1985.  Tommy Hawk makes his first appearance on a Celebrity Jersey Card as he attempts to swallow Digilio's head.  I'm not sure what Digilio did to incur the wrath of Tommy Hawk.  Digilio is usually very well-liked. 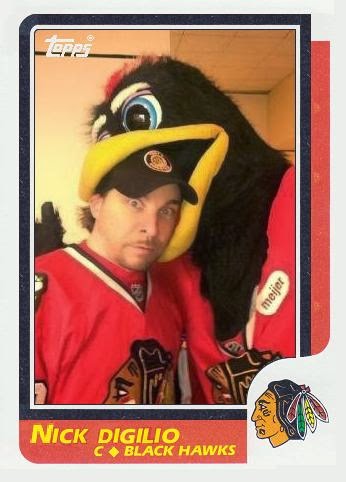