Despite Christopher Lloyd being born in Stamford, CT, he did not choose wrestling as his career.  Instead, Lloyd became an actor, winning three Primetime Emmy's and many other awards along the way.  I love the dugout shot for his Celebrity Jersey Card.  He even has a casual stance holding a bat. 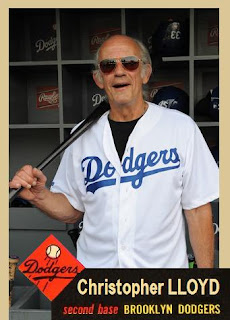 Garry Marshall was born in the Bronx.  He went on to become an actor, director, writer and producer.  I'd say he went Hollywood for his Celebrity Jersey Card, but I bet Marshall's fandom started with the Brooklyn Dodgers.  The shorts on the smaller picture are reminiscent of the Bill Veeck White Sox of the mid-70's. 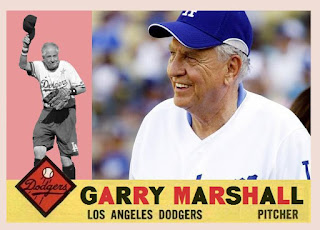