I have featured Eugene Cresto many times.  He meets more people than I do.  His main focus is wrestling and he has met some of the all time greats.
CM Punk had a short, but great wrestling career.  He is attempting to have a UFC career now, although some still predict a return to wrestling.  He is a bit controversial, but nobody can deny he was one of the best during his run in the WWE.
Speaking of greats, how great is the picture below.  Eugene and his crew got that pose thing down.  This is awesome (apologies for using the Miz's catchphrase).  Perhaps I should have written that this is the best in the world.  That might have been more fitting.
Either way, Eugene will continue to meet wrestlers and I will continue to be impressed by his ability to find them.  I will also continue to feature his best pictures right here. 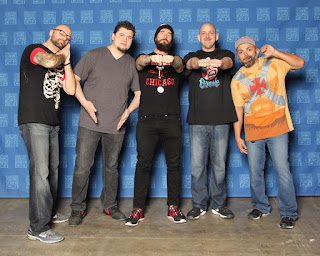