Florida native Emmitt Smith starred at the University of Florida, before becoming a Hall of Fame running back in the NFL. He played 13 seasons with the Dallas Cowboys and 2 with the Arizona Cardinals, winning 3 Super Bowls and earning a Super Bowl MVP, along with a ton of other awards. He earned his Celebrity Jersey Card by returning to the Dallas area to throw a first pitch for the Rangers. 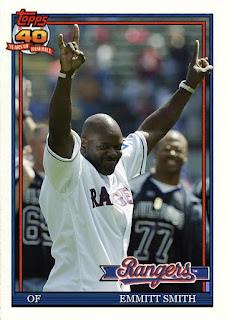 Australian race car driver Lee Holdsworth has been competing in racing since his teens. He  has won 3 races, while having 16 podium finishes. I assume he was in Texas for a race, when he earned his Celebrity Jersey Card. I just really liked the picture in picture on this one. 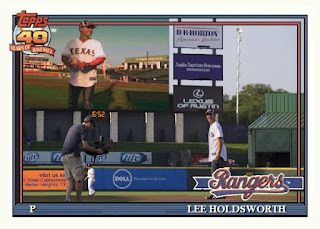