Born in England, David Gilmour joined Pink Floyd as guitarist and co-lead vocalist a couple years into their run. Gilmour has done other musical ventures, but he has remained with Pink Floyd throughout his career. Gilmour wore a Montreal Canadiens jersey on stage to earn his Celebrity Jersey Card. 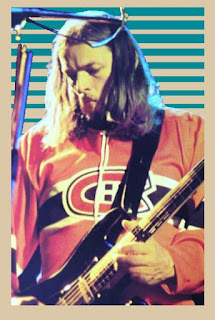 A native of Mexico, musician Carlos Santana and his band successfully fused rock with Latin American jazz. Santana has had varying degrees of success and popularity, but he continues to be a presence on the music scene. Santana earned his Celebrity Jersey Card wearing a St. Louis Blues jersey on the inside cover of his 1980 double-album, The Swing of Delight. 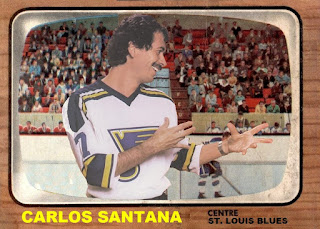