On the Beat (Again) With Chris Bournea

Last week, Tommy Else and I interviewed film maker Chris Bournea for The Johngy OR Else podcast and Global Women's Sports Radio. At the time, we had not yet seen Lady Wrestler, the documentary Chris made about African American pioneer wrestlers. After watching Lady Wrestler, Tommy and I had a few new questions we wanted to ask Chris and he graciously agreed to a second interview. The new interview is at On the Beat With Chris Bournea.

Produced, directed and narrated by Chris, Lady Wrestler tells the stories of African American women such as Babs Wingo, Marva Scott, Ethel Johnson, Ramona Isbell and many others who dealt with sexism, racism and other obstacles while carving out lives inside the wrestling ring. Not only did these women battle for their place in the male-dominated world of pro wrestling, many did it while raising a family, making their journeys even more impressive.

I still will not include spoilers, but I will gladly state Tommy and I thoroughly enjoyed Lady Wrestler. It was well-produced and edited. The historical footage was really cool. The interviews with the women or their relatives was fascinating, especially seeing the ladies so positive. Tommy referred to them as having infectious personalities and that is totally accurate.

Lady Wrestler succeeds on so many levels. It's a piece of wrestling history, as well as exploring an important time in race relations and the women's movement. Even beyond all of that, it is simply an interesting film.

We thank Chris for his time and encourage everyone to check out Lady Wrestler on Amazon. Go to LadyWrestlerMovie.com and ChrisBournea.com for more info. 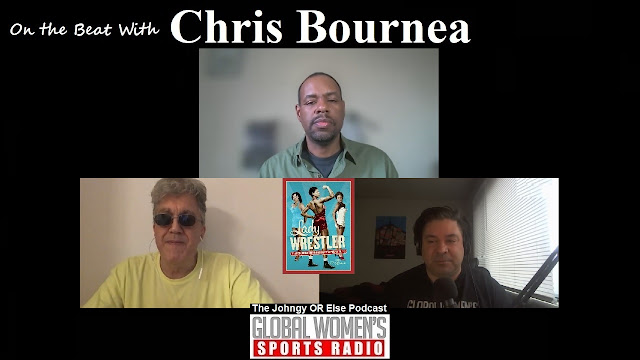