Fresh of the recent release of The Shops at Dead Park, John Cosper was kind enough to give me his time for another interview. Our interview is at On the Beat With John Cosper.

While Dead Park Plaza has tales from the office building, The Shops at Dead Park takes that concept and brings it to the mall. It was a cool way to continue the series, while breathing fresh life into it. I hadn't thought of this idea, but that's why John is the author.

The Shops at Dead Park is every bit as entertaining and horrific as its predecessor. John again brings a bit of quirky humor, but not too much to overpower the horror. I will not give away any of the plots, but I enjoyed each story.

From there, John updated me on the latest Girl Fight Wrestling event. John talked about all of the talented ladies, like Skye Blue, Mickie Knuckles and the others, with a few Mad Man Pondo and Princess Victoria stories, too.

Lastly, we talked a bit about women in the WWE, TNA, Impact and more. I love picking John's mind. Having recently seen and interviewed Skye Blue, I can state John was completely accurate in his praise for her. She is the real deal.

I greatly appreciate John's time, knowledge and consideration in these interviews. I look forward to more in the future.

Go to EatSleepWrestle.com for all of John's books. He's got several fiction books and many wrestling autobiographies. My book shelf is quickly filling with John's books and I highly recommend all of them. 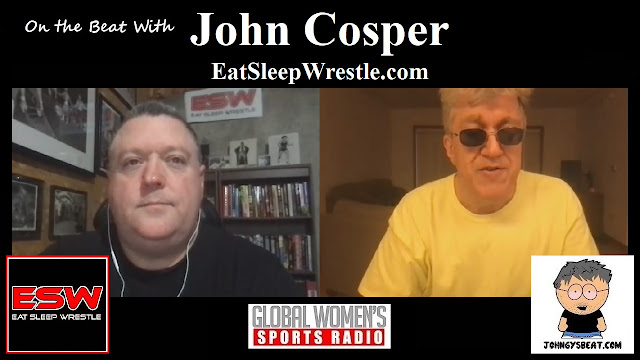