We analyze the full card and give our predictions. I have to admit I am not extremely excited about this event. I feel like it is a placeholder until the next event. There are only six announced matches and only one is a championship match.

The one title match is one I really like though. Charlotte Flair defends her SmackDown Women's title against Ronda Rousey in a rematch from WrestleMania. As a fan of women's wrestling and these two specifically, I am really looking forward to this match.

This is a big match for Rousey. Her return has been underwhelming. On the other side of the ring, Flair had her detractors, but keeps piling up wins and titles. My prediction included a bit of the aftermath and surprisingly, Tommy liked my proposed scenario.

I am on a bit of a downward trend in my predictions, while Tommy is on a positive swing. Year-to-date, Tommy is 15-15 and I am 11-19. Because we agreed on five of the six matches, I can't make up much ground with Tommy, but this is more about me getting back on track in general.

The video is at Pinfalls: WWE WrestleMania Backlash 2022. As always, check back on GWSR for my recap. Good luck and enjoy the show. 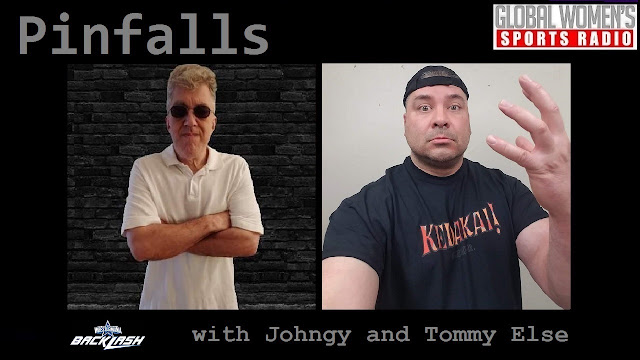