Bear Down Sunday #12 Bears vs. Seahawks

The Bears are 8-3 and facing the Seattle Seahawks who are 6-5.  My theme of Tom Thayer and offensive line play worked so well last week, I am going to try to duuplicate it this week.
Let's focus on the running game, which has been a focal point for the Bears my entire life.  The Bears have had great running backs like Casares, Sayers and Payton.  Matt Forte is fifth on the all-time rushing yards list for the Bears.
Number 11 on that list is Ronnie Bull, who played nine seasons with the Bears, amassing 2,871 yards on the ground.  That is a lot of yards, considering he ran alongside of Casares and then Sayers.  Bull was a tough back who made the most of his opportunities.
That brings us to today.  Forte suffered an injury last week.  As of this writing, he is scheduled to play, but will obviously be at less than 100%.  Still, even him at 75% would be a big help to the Bears.
Forte is a big part of the Bears offense.  The Bears are at a critical time of their season and cannot afford a loss to the Seahawks.  I hope there is a little Bull inside Forte. 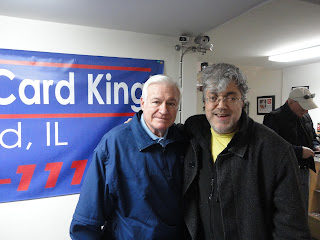 The Seahawks need the win if they want a shot at the playoffs, but are 1-5 on the road. It saddens me to say this, but I see the Bears walking away with a win.

With that being said... Go Seahawks!