A New York State of Mind

On a recent trip to New York for Global Traveler, Louie and I knew we would have a few hours to kill.  I came up with the idea of visiting some spots where Billy Joel album cover pictures were taken.  Fortunately, Louie is a patient and easy-going person.  He agreed to go along with the plan.
Some quick internet research brought me to PopSpotsNYC, a great site run by Bob Egan.  Egan found an detailed a bunch of interesting spots of pop culture history in NY.  Three of those spots were Billy Joel album cover picture locations pretty close to our final destination for Global Traveler.
Billy’s 52nd Street (released in 1978) presented a little more of a challenge. Billy leaned against the building on 52nd Street, just east of Seventh Avenue in Times Square. The building/block has changed quite a bit, but thanks to Egan’s efforts, I found the exact spot where Billy leaned. 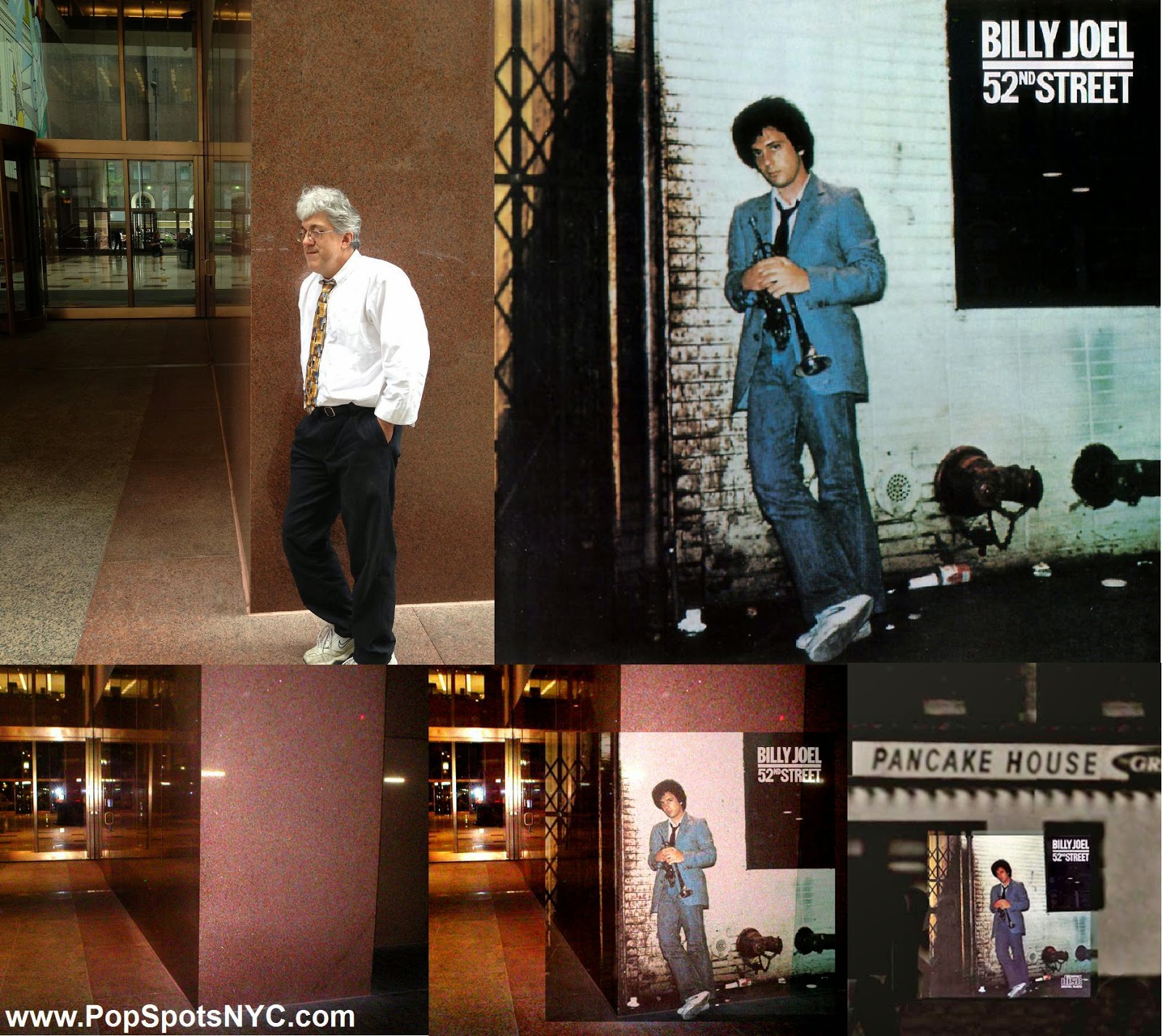 The cover for 1983’s Innocent Man was shot at 142 Mercer St. in Soho. The belief is that the stoop was chosen to pay homage to the doo-wop sounds of the album. There were several people eating lunch on the steps, but they volunteered to move so I could get a solo picture on the steps. Score one for the politeness of New Yorkers. 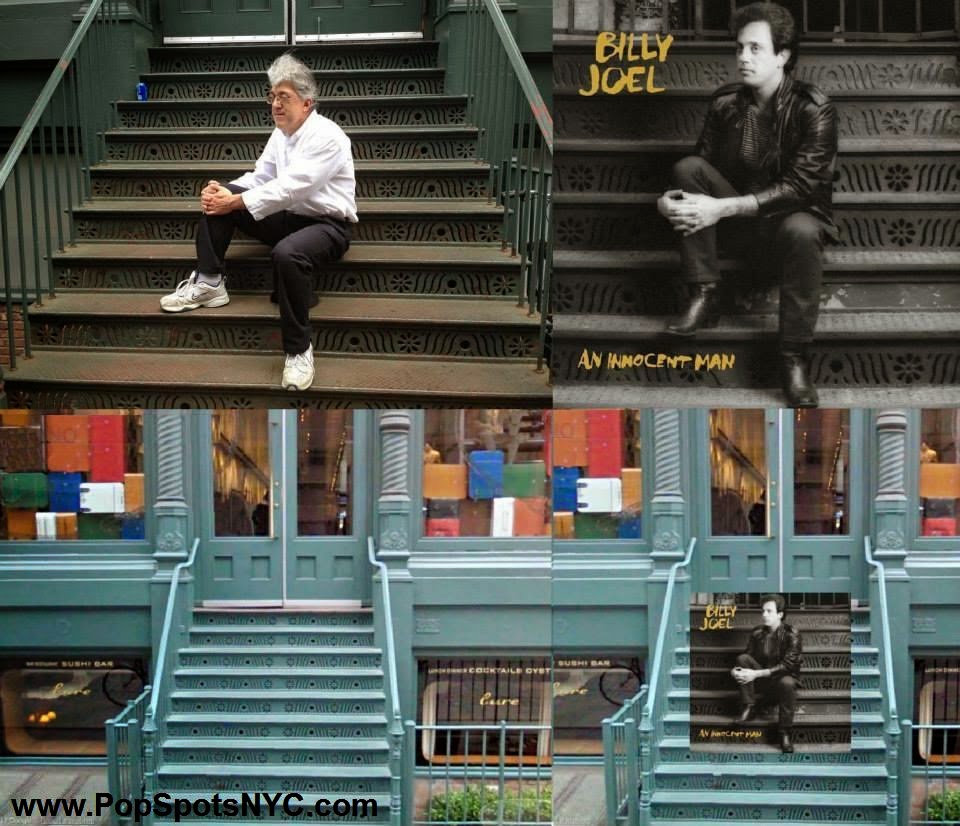 For Turnstiles, released in 1976, Billy posed at the turnstiles of the uptown side of the Astor Place subway station (Eighth Street and Fourth Avenue). Billy played in several clubs in this area. This was easy to find but difficult to photograph due to the usual subway volume of people. 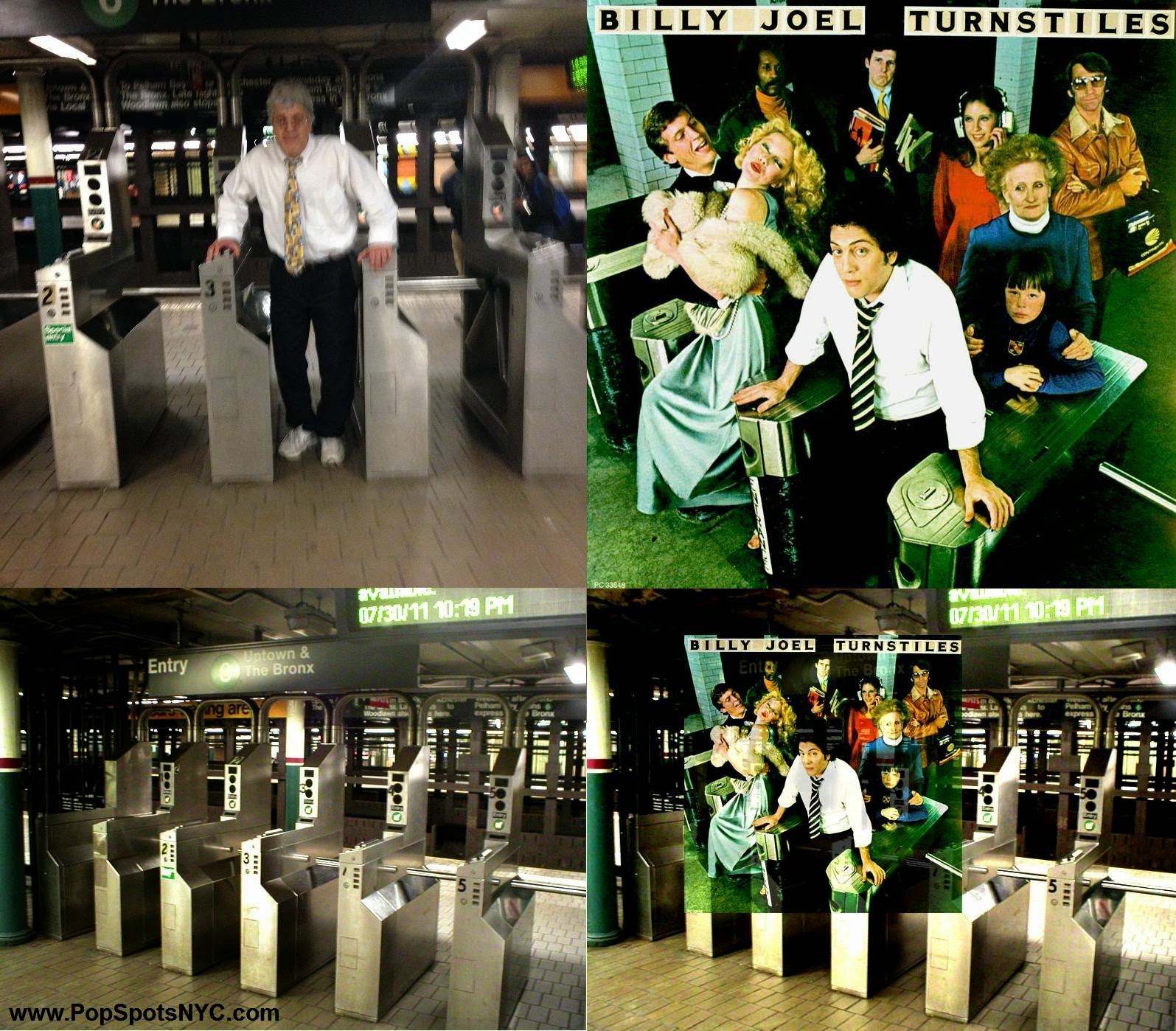 Cool idea. The stoop shot is the obvious favorite.

My wife and I stayed about a half block from the 52nd Street cover. In fact we probably brushed past that very corner!

Anonymous. Cool. Thanks for commenting.