This is a regular series which attempts to merge my lifelong passion for baseball cards with my semi-professional interest in celebrities.  I return to baseball with a "Bosom Buddies" blast from the past.

Tom Hanks played Kip Wilson (and Buffy) on tv's Bosom Buddies, which ran from 1980-1982.  Hanks shot to stardom, earning two Oscars along the way.  He portrayed Jimmy Dugan, manager of the Rockford Peaches in "A League of Their Own," one of my favorite movies.  The 1979 Topps Peaches card breaks all of the time continuum rules, but a "Bosom Buddies" Celebrity Jersey Card reunion is good enough reason to bend the rules. 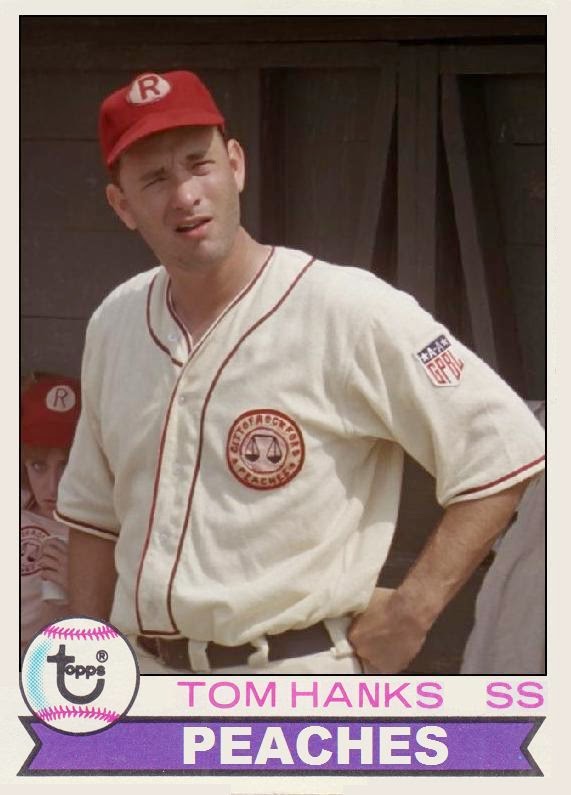 Peter Scolar played Henry Desmond (and Hildegard) on Bosom Buddies and he teamed with Hanks on a total of seven projects.  Scolari also played Red Auerbach in "Magic/Bird."  Scolar's most recent role was as Yogi Berra in "Bronx Bombers" on Broadway.  Although he portayed the Hall of Fame catcher, due to his smaller frame, I listed him as a 2nd baseman on his Celebrity Jersey Card. 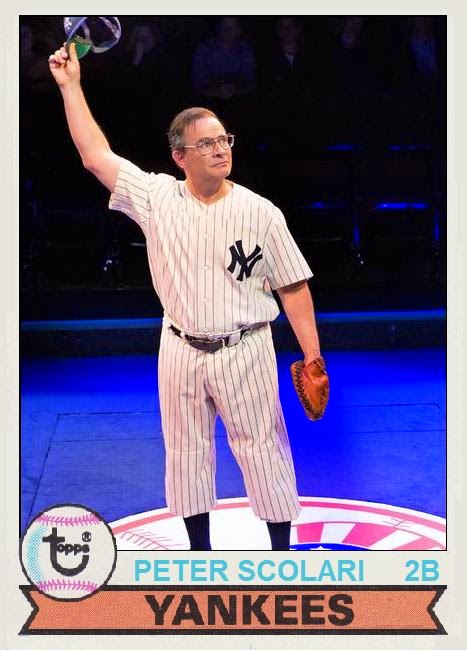 I didn't know about the play. Nice job. Although I did watch Bosom Buddies I remember Scolari most from his time on Newhart.