This is a regular series which attempts to combine my lifelong passion for baseball cards with my semi-professional interest in celebrities.  The Tampa Bay Rays are in last place in the AL East, but lately, they have been improving and are on the go or based on today's cards, maybe that is the go-go.

A native of Los Angeles, CA, Belinda Carlisle co-founded the Go-Go's (originally called the Misfits) with a few of her friends, including Jane Wiedlin.  The Go-Go's were one of the most popular bands of the 80's, although Carlisle embarked on a solo career in 1985.  The Go-Go's would later reunite in 2001.  Carlisle is throwing out the first pitch for her Celebrity Jersey Card. 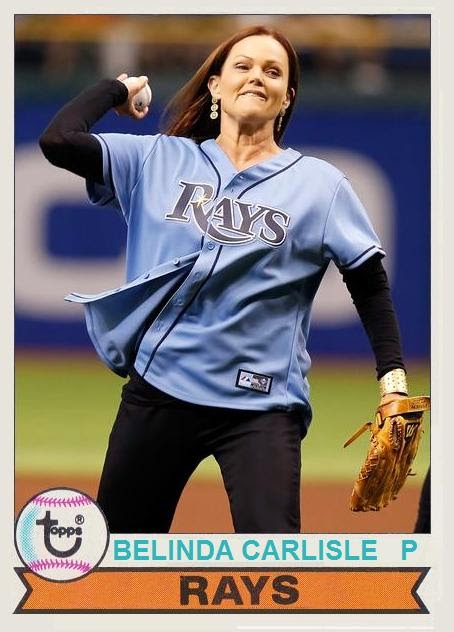 Jane Wiedlin was actually born in Oconomowoc, Wisconsin, but attended college in Los Angeles, where she met Carlisle.  Wiedlin ventured into acting during the Go'Go's break.  I am assuming she wore the Rays jersey for a concert in Tampa, because I know of not other connection.  In any case, I like the symmetry with Carlisle's card.  I also like seeing a guitar on a Celebrity Jersey Card. 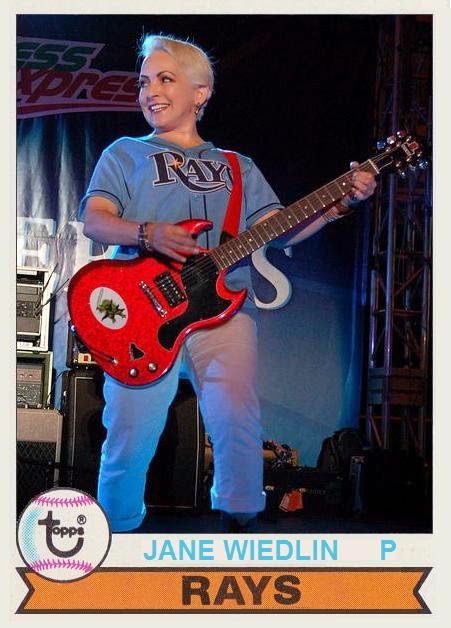