Billy Corgan and Robert Anthony are definitely two of the most important people in Resistance Pro Wrestling's history.  I dare say that with the Baron brothers, they would comprise the Mount Rushmore of R Pro.
Billy is the Creative Director of R Pro.  With the Baron brothers, Billy got R Pro off the ground and flying high.  He had the vision and he has made it a reality (and a reality tv show, if you pardon my pun).
"The Ego" Robert Anthony is an R Pro original.  He started from the ground and worked his butt off to become one of the most popular and successful wrestlers in the company.  He has held the Heavyweight title and has been a tag team champion (with Jocephus Brody).
I have watched these men up close.  I have seen all they do.  I have witnessed how much they care.  It has been a pleasure to be a part of the company and to know both of them.
How fitting is it that the picture of them is at center court at the United Center, where Michael Jordan ascended to greatness?  Someday, both Billy and Ego will be inducted into the R Pro Hall of Fame and I plan on being there for the induction.  Until then, I will just continue to enjoy the ride. 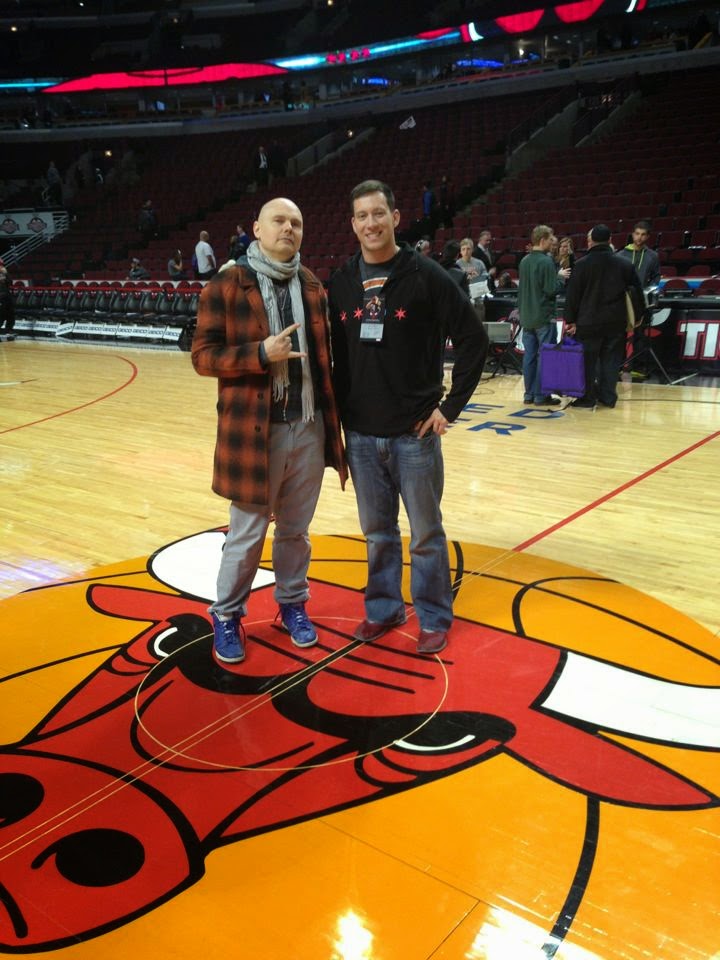