On the Beat with Brittany Cervantes of the Chicago Bandits

Justin's World of Softball and Johngy's Beat brings you the second interview of our joint coverage of the Chicago Bandits.  I talked to hot-hitting Brittany Cervantes after a recent game at The Ballpark, home of the Bandits.  That interview can be found at Brittany Cervantes Steps into Justin's World.
A product of the University of Kentucky, Cervantes became the only player in UK to hit at least 10 home runs in each of her four seasons.  The third year player has improved each season.  Cervantes was playing the outfield when we talked, but she has since played mostly at 1st base.
I enjoyed my first interview with a professional softball player.  Cervantes was fun and personable.  My only problem was when she mentioned her fandom of the Los Angeles Kings.  I know she is a California native, but she will eventually turn to the Blackhawks if she stays in Chicago long enough.  Seriously, Cervantes was very cool.
Cervantes looks to have a bright future on and off the field.  She is currently an Assistant Coach at Loyola University in Chicago.  Learn more about Cervantes and the rest of the Chicago Bandits at ChicagoBandits.com. 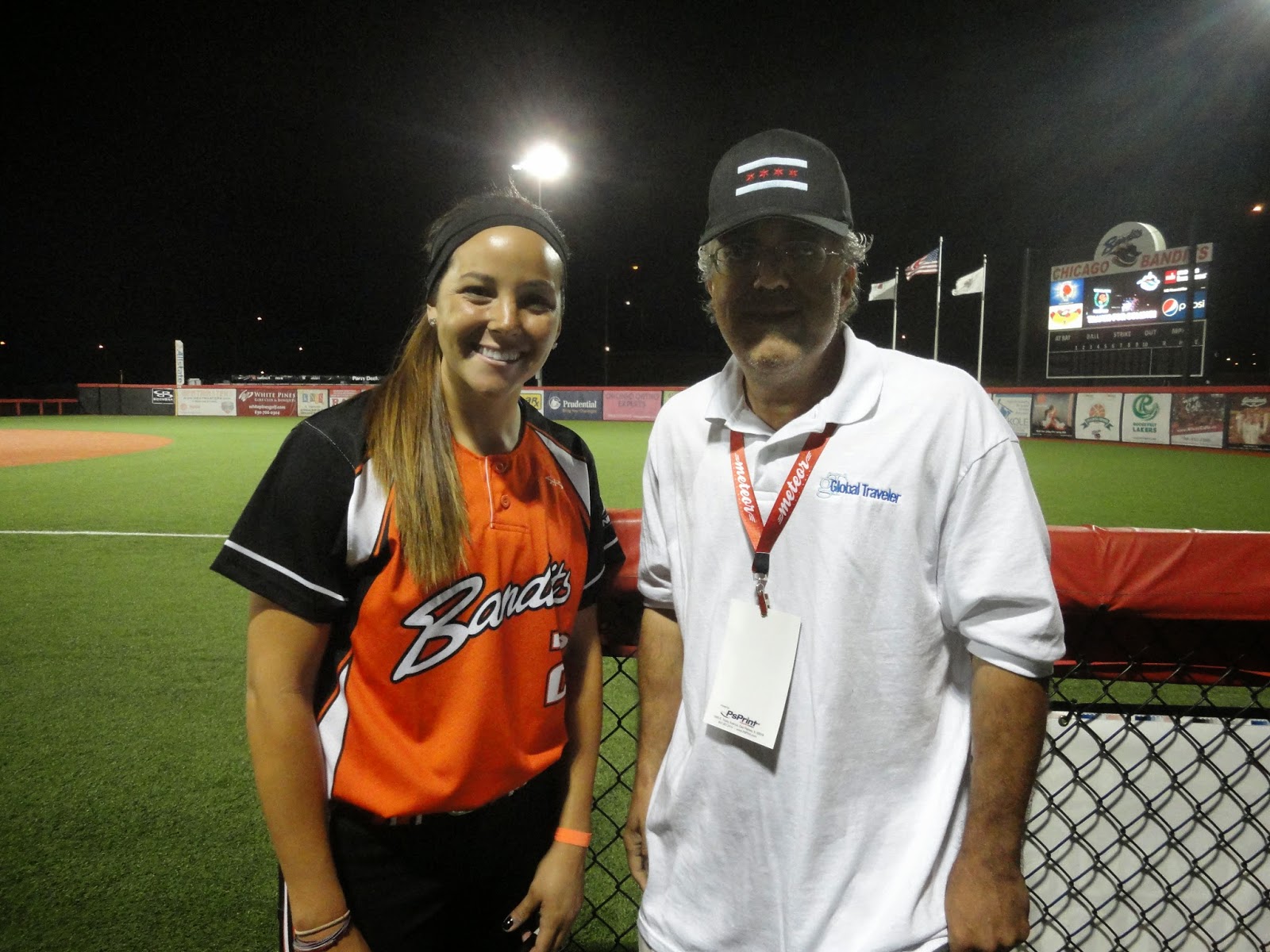 Brittany Cervantes and me in Rosemont, IL-June 2014.
Posted by Johngy at 6:00 AM

All I see is another 8x10 of Johngy and Brittany.... Oh brother!

OK, When I'm wrong (which is a rare thing) I admit it!

I'm used to just clicking on the picture to watch the interviews....

You have to ACTUALLY READ WHAT HE WRITES TO SEE THAT IN ORDER TO VIEW IT YOU GOTTA click on:

"That interview can be found at Brittany Cervantes Steps into Justin's World."