This is a regular series which attempts to combine my lifelong interest in baseball cards with my semi-professional interest in celebrities.  The Philadelphia Phillies and the Boston Red Sox find themselves in unfamiliar territory of late.  I don't really feel bad for them, but it was a good time to feature them.

Comic legend Bill Cosby was born and raised in Philadelphia, yet he appears in a Red Sox uniform on his Celebrity Jersey Card.  Nobody can question Cosby though.  The man has broken barriers and set his own course for decades.  He is a Hall of Fame performer. 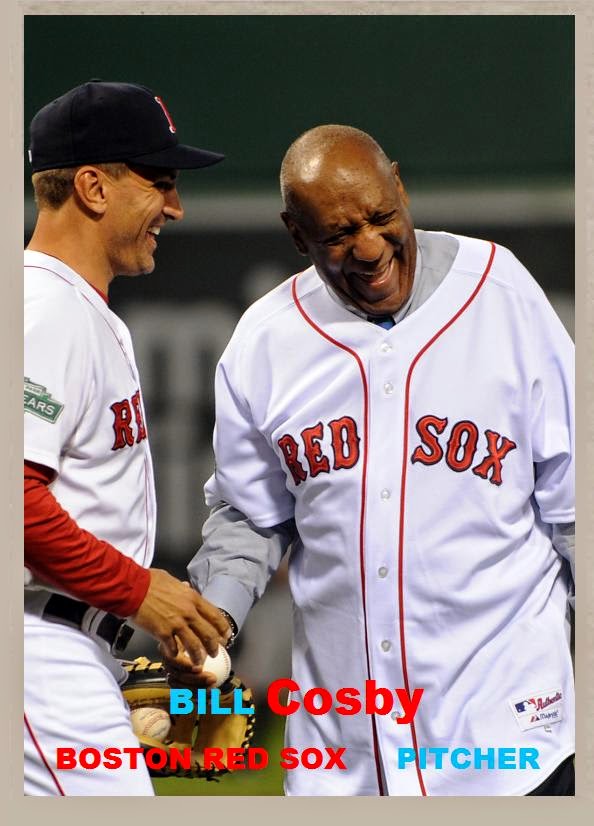 Roger Waters is a native of England.  Not to second guess my Cosby comments, but maybe these two should have switched uniforms.  Anyway, Waters is a Hall of Fame musician.  On his Celebrity Jersey Card, he is repping #10, which for that era jersey would probably be Darren Daulton, although I listed him as a shortstop, in honor of another #10, Larry Bowa. 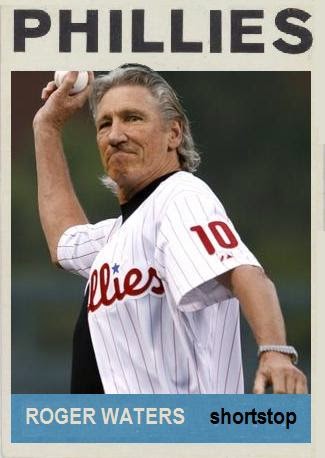