This is a regular series which attempts to combine my lifelong passion for baseball cards with my semi-professional interest in celebrities.  Today I am featuring celebrities representing last year's Super Bowl participants.

Nikki Bella (Stephanie Nicole Garcia-Colace) was born 16 minutes earlier than her twin.  After starting her career in modeling and acting, Nikki turned to wrestling.  With her twin, against her twin and aside from he twin, Nikki has been a part of the WWE landscape since 2007.  The Arizona native has held the WWE Diva's Championship once and is currently dating WWE superstar John Cena.  Nikki gets my vote for donning the Denver Broncos Peyton Manning jersey for her Celebrity Jersey Card. 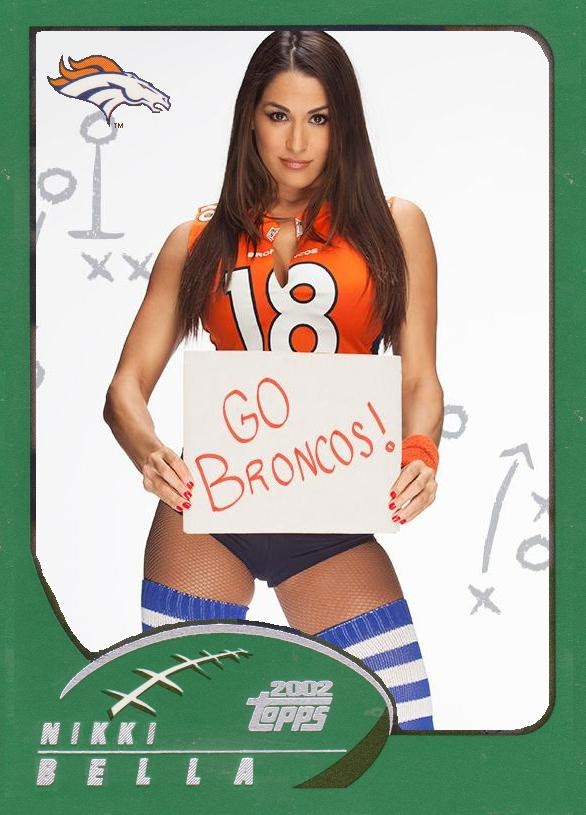 Brianna Monique Danielson (née Garcia-Colace) is the younger Bella twin.  Her career path is similar to sister Nikki's, including her love life, as Brie is married to WWE superstar Bryan Danielson (aka Danial Bryan).  Brie also held the WWE Diva's championship once.  Much like their current storyline, Brie directly opposes Nikki by wearing a Seattle Seahawks Russel Wilson jersey for her Celebrity Jersey Card. 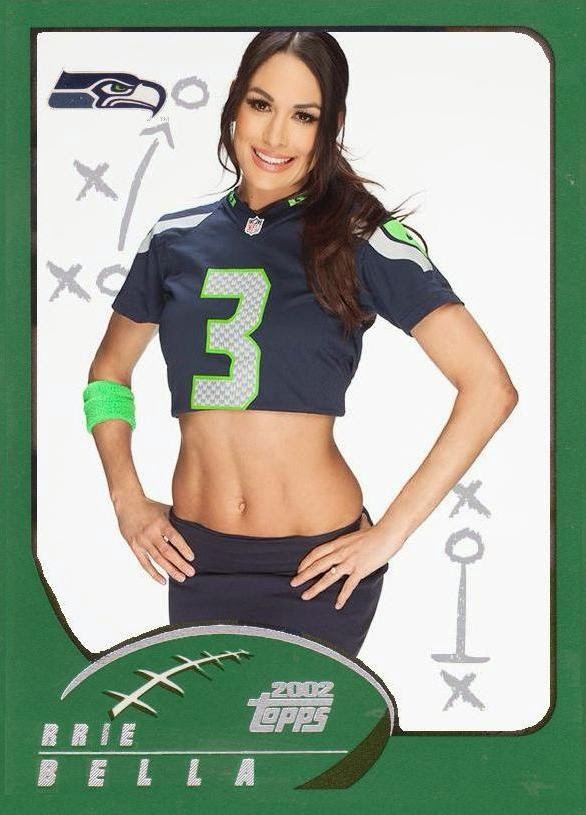