Some of these posts are more poignant than others.  Today's ranks pretty high on that scale.
"The Ego" Robert Anthony is one of the most popular and successful wrestlers on the independent scene.  I have known him for over three years as he has been a main event fixture at Resistance Pro for most of that time.  He is as entertaining as he is talented.  I'd watch an Ego match any time!
Last April, Ego got to meet The Ultimate Warrior, on of the superstars of Ego's youth.  Warrior was on the verge of being inducted into the WWE Hall of Fame after a long and acrimonious split from the WWE.
It was a tremendously emotional weekend, as fences were mended, scars were healed and he was fully embraced by the WWE universe.  Whether a fan of his or not, you had to see the significance of this moment for him and his fans.
Unfortunately, he died shortly after that weekend.  It was a shocking and heartbreaking loss for the wrestling world.  Still, the overwhelming feeling was of relief that he was able to be brought back into the WWE family prior to his untimely death.
For people like Ego, it was fortunate that they got to meet him before he passed.  I was lucky enough to meet Warrior about a year ago and I was still shaken at his sudden loss.
As for Ego, I hoe he knows that he has the same effect on some young fans right now.  Youngsters look up to him and us older fans appreciate him. 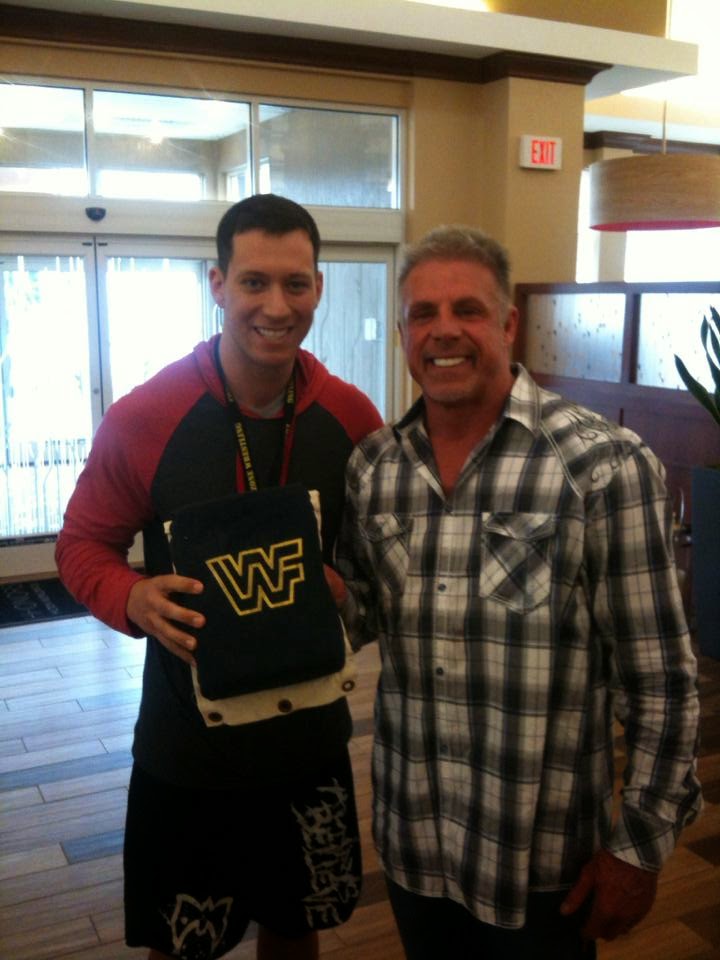 Robert Anthony and The Ultimate Warrior in Chicago, IL-April 2014.
Posted by Johngy at 6:00 AM