This is a regular feature which attempts to combine my lifelong passion for baseball cards with my semi-professional interest in celebrities.  Since the Chicago Bears are done for the year, I looked north of the border for football.

Sophie Simmons achieved her first real exposure on tv's Gene Simmons Family Jewels.  She must get her looks from her mother (Shannon Tweed) and apparently she gets her vocal chops from papa Gene.  She has two famous parents, but is trying to carve her own path.  I'd be glad to mentor her anytime.  As a start, I am giving her our first Canadian Football League Celebrity Jersey Card. 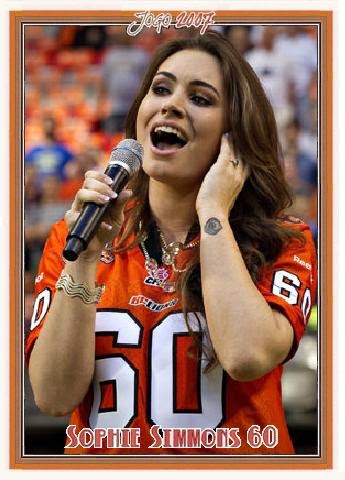 Gene Simmons was born in New York, but his business acumen and talent have taken him everywhere, including British Columbia, which is captured on his first Celebrity Jersey Card.  I would have thought he would have donned a Los Angeles Kiss jersey by now.  Maybe I missed it. 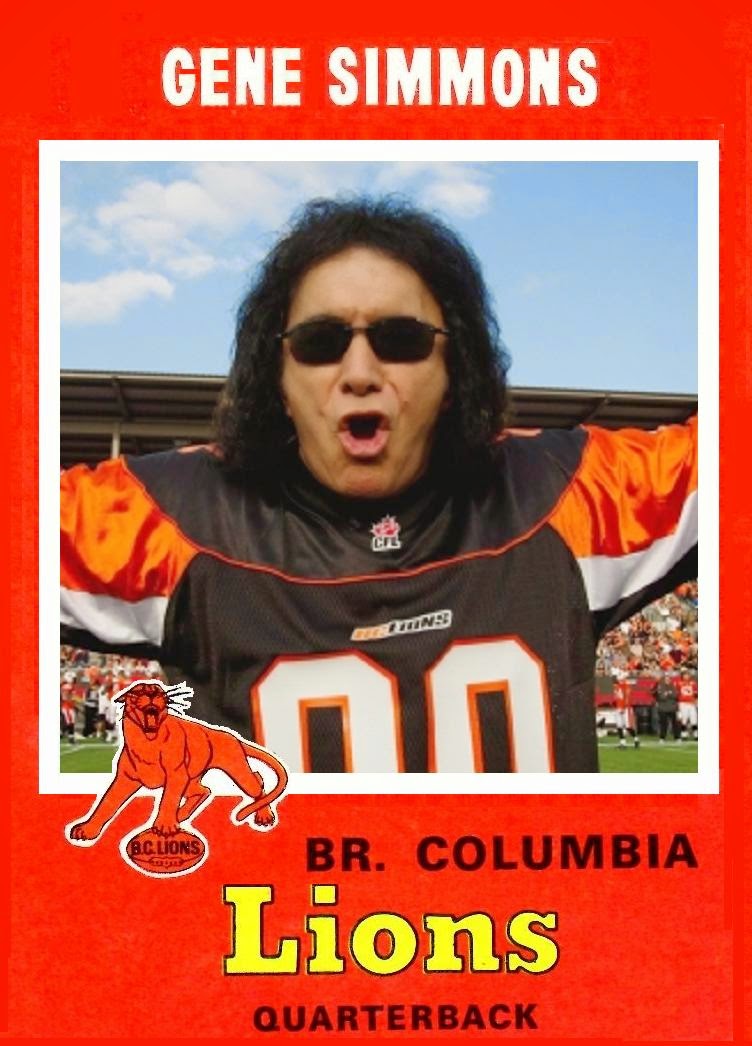