Last week, I featured Gabe Baron and Paul Williams, a bit of an unlikely combo.  Today, I am giving equal time to Jacques Baron and Jason Priestley, another sort of unlikely duo.
Priestley is best known for his role on Beverly Hills 90210.  His resume includes far more than just that show though.  He has acted and directed many projects steadily since his 90210 days.  He even has carved a bit of a career on the race track.
While Gabe eloquently described his interest in Paul Williams, Jacques was a bit less descriptive and far more succinct.
"I love me some Jason Priestley," he posted on Facebook.
What else needs to be said?  Who doesn't like Priestley?  He is a good guy, by all accounts.  Actually, the same can be said for Jacques.
Maybe the two of them are more similar than one would think.  I could see Jacques hanging at the Peach Pit. 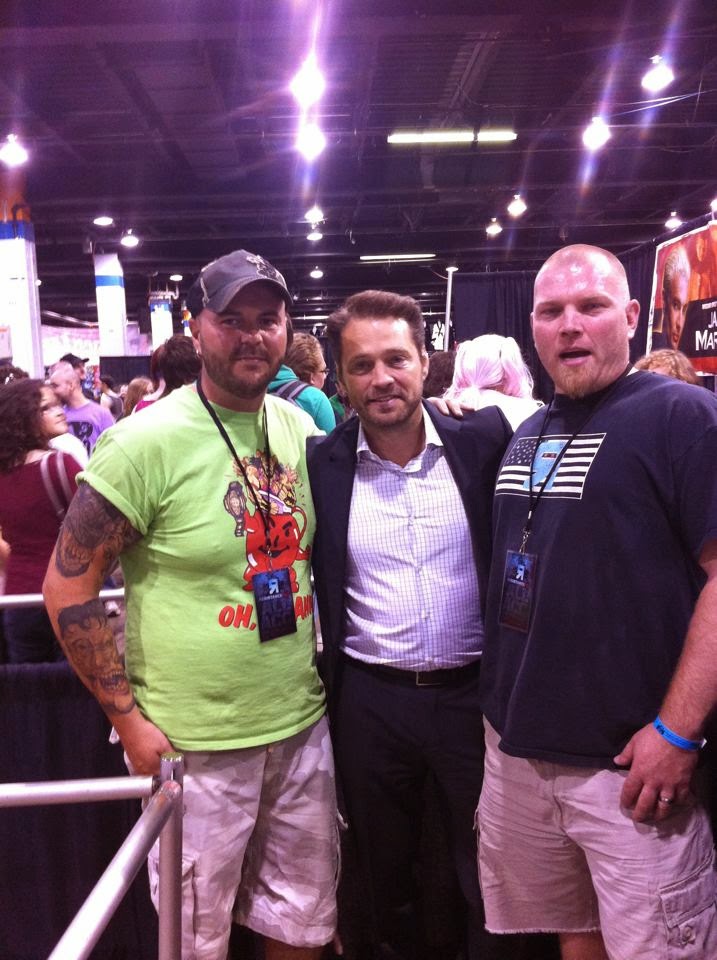 Jacques Baron, Jason Priestley and Brian Malone in Rosemont, IL-August 2013.
Posted by Johngy at 6:00 AM