Athletes get trading cards.  Why not celebrities?  At least celebrities wearing athletic jerseys should get cards.  I am doing my best to create cards for jersey-clad celebs.  Today, I am featuring Chicago athletes from other sports, repping the Indian head as we get thick into the hockey season.

Derrick Rose is a local guy who was poised for super stardom, until injuries got in the way.  Only time will tell how much he makes it back to his former self.  His Celebrity Jersey Card comes from his ntermission appearance at the United Center. 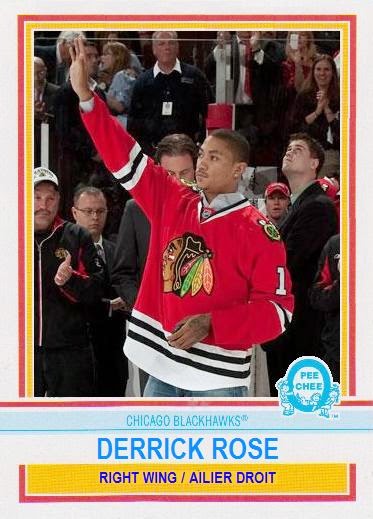 Doug Buffone was a very underrated linebacker for the Chicago Bears.  He has kept busy on the Chicago media scene for many years.  Uncle Doug (Uncle Fuzzy) wore his regular #55 when he participated in the puck shooting display at intermission of a Hawks game. 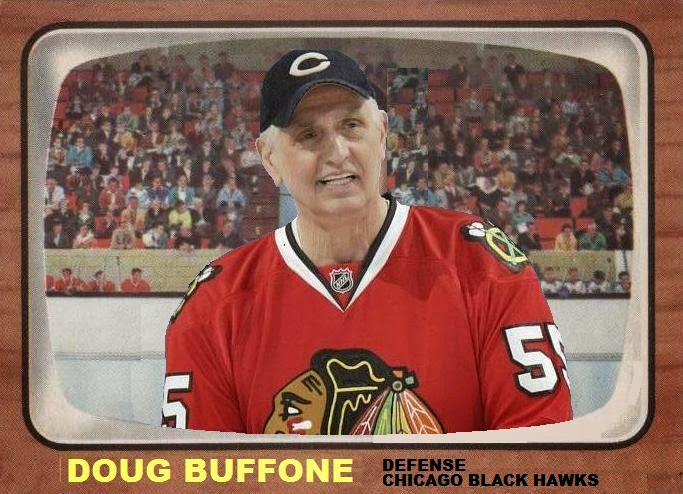