There is a new convention debuting in Chicago this coming weekend.  Mad Mobster will be at the Hilton Chicago (downtown) Friday through Sunday.  For more info on this exciting new event, check out the Mad Mobster Chicago website.  The fine folks at Mad Mobster Chicago have graciously invited Johngy's Beat to attend the inaugural event and we are looking forward to it.
One of the featured guests is John Borowski, an independent film maker.  He is perhaps best known for his his trilogy of documentary films focusing on late nineteenth and early twentieth century serial killers HH Holmes, Albert Fish, and Carl Panzram.  Borowski specializes in historical horror.
Another of his works is Serial Killer Culture, a documentary which featuring musicians, filmmakers, authors and others who create and/or collect art based on serial killers.  Through interviews, Borowski examines why people are fascinated by serial killers.
Serial Killer Culture is fascinating in itself.  I have watched it several times already.  It is interesting for the history involved, as well as the emotion and thought process of all interviewed.  It really is engrossing.
I interviewed Borowski at Days of the Dead in November.  That interview can be found at On the Beat with John Borowski.  I am looking forward to getting an update with him at Mad Mobster Chicago.
I encourage everyone to attend the debut of Mad Mobster Chicago.  It's going to be a fun time.  (I resisted the urge to call it a killer event.) 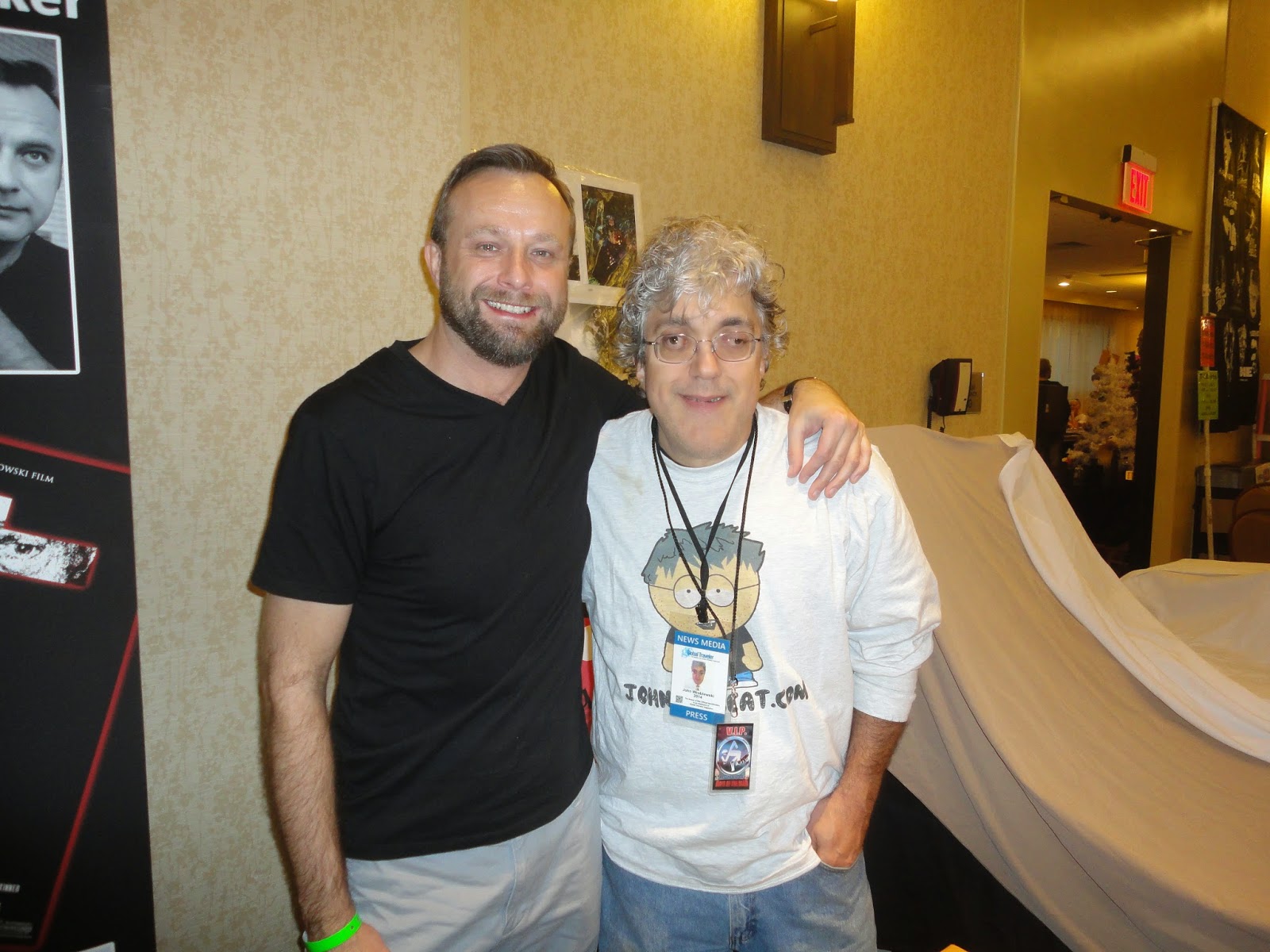 John Borowski and me in Schaumburg, IL-November 2014.
Posted by Johngy at 6:00 AM