A lot of thoughts go through my head when I see friends meeting celebrities.  Why do they like that particular celebrity?  How many celebrities have they met?  If they are a celebrity, too, I wonder if the celebrity recognizes them.  In the case of Mad Man Pondo meeting Barry Bostwick, I wondered a few other things, too.
Did Bostwick know he was standing next to a hardcore wrestling legend?  Did he know of any of Pondo's exploits?
On Pondo's side, did he mention some of the acting he has done?  Did he size up Bostwick as an opponent and try to construct a wrestling match in his mind?  How would he handle the lanky Bostwick?  Would he be able to properly use his trademark stop sign head smash?
I doubt any of the above actually happened.  Instead, I know the two met at Days of the Dead and Pondo was probably just like the average fan.  When he isn't wielding that stop sign, a chainsaw or any other weapon, Pondo actually blends in with the rest of the crowd.
I know Pondo is a big fan of these conventions.  In fact, he could probably start his own PondosBeat website, but I don't want that competition. 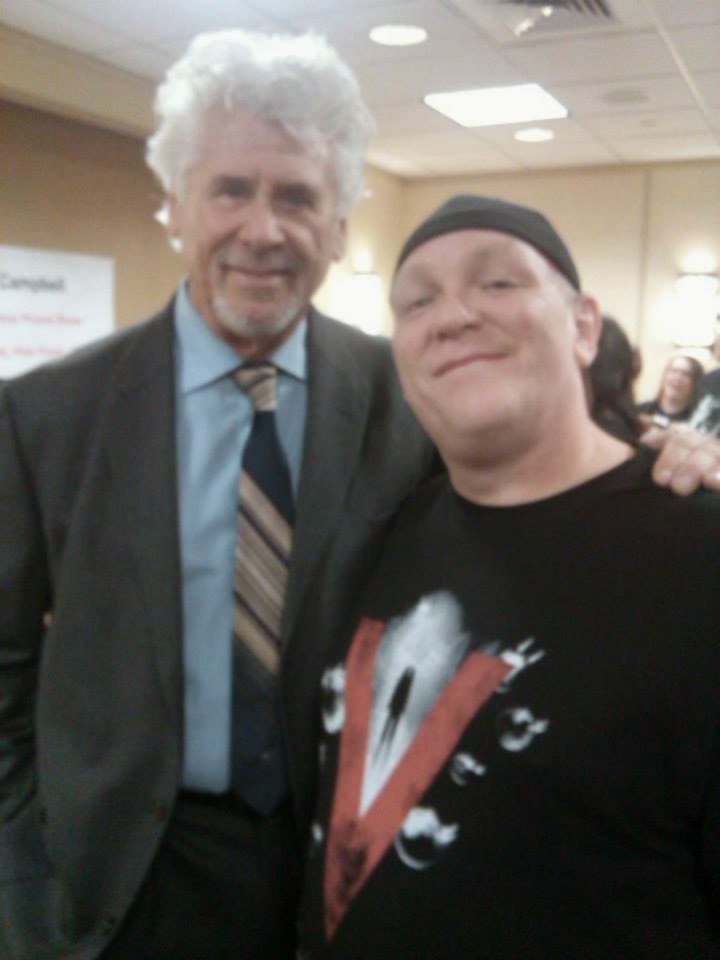