Actor Joseph Gordon-Levitt was born in Los Angeles, CA and one of his first roles was in "Angels in the Outfield."  He wore an Angels uniform in that movie.  I don't know if he was even a baseball fan, but how cool would that be to play a member of your hometown team in a movie?  He went on to co-star in "3rd Rock From the Sun" and many other projects.  I like his starring role on Celebrity Jersey Cards! 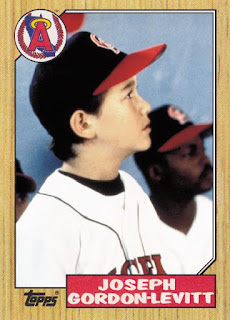 Actor Dennis Quaid has had a successful career, but I am most impressed that he was once married to PJ Soles.  I give him points for that above all.  He is a noted Mets fan.  He gets extra points for wearing a Mets cap and for signing a baseball on his Celebrity Jersey Card.  Also, I think he is wearing #7.  Could that be a tribute to Ed Kranepool? 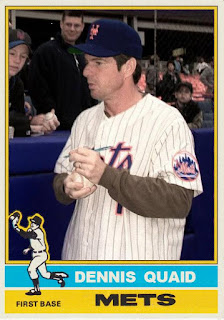