This is a regular series featuring celebrities wearing sports jerseys created into virtual trading cards.  With no Chicago Bears game today, it is the perfect time to honor the Chicago Cubs, who did far better than expected this season.

One of the legendary Chicago Murray brothers, Joel gets his turn on a Celebrity Jersey Card.  I had the pleasure of interviewing Joel a couple years back and that can be found at On the Beat with Joel Murray  Among other roles, Joel was the voice of Chester Cheetah from the Cheetos commercials. 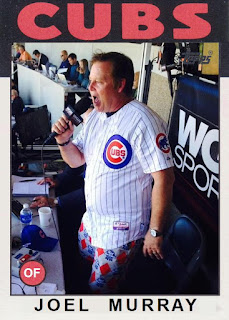 Basketball Hall of Famer Charles Barkley switches sports for his first Celebrity Jersey Card appearance.  The "round mound of rebound" looks like he could have been a slugging first baseman-right outfielder back in his days.  I'm thinking a taller version of Matt Stairs.. 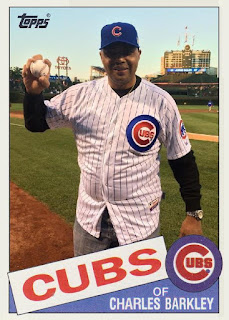