Celebrity Jersey Cards are virtual cards I have created.  They combine my love of sports trading cards with my semi-professional interest in celebrities.  I am celebrating the Cubs winning the National League Central. 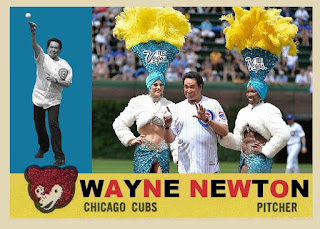 Actor, writer, director, producer Rob Reiner was born in New York.  His acting career has taken a backseat to his brilliant career behind the camera.  Coincidentally, we is a Celebrity Jersey Card teammate of Wayne Newton.  Reiner is more of a baseball fan though, but I don't think his loyalty is usually with the Cubs.  At least for this day it was. 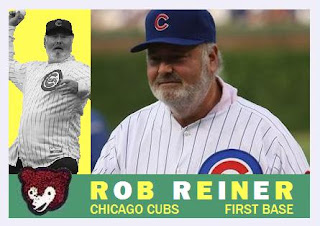