Celebrity Jersey Cards is a regular series in which I try to combine my lifelong passion for sports trading cards with my semi-professional interest in celebrities.  With the Bears doing poorly, let's focus on two other Chicago teams.

Shari Onley came to Chicago from Australia to play for the Chicago Bliss.  Unfortunately, Shari got injured and did not play much.  Still she was a favorite of Bliss fans.    For her Celebrity Jersey Card debut, she rocking a Chicago Bulls jersey. 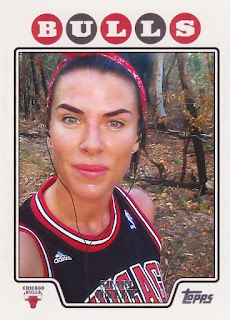 Ron Wood came to America with the Rolling Stones.  His bandmate Mick Jagger is noted for wearing jerseys on stage, but Wood rocked the Blackhawks jersey for his Celebrity Jersey Card debut. 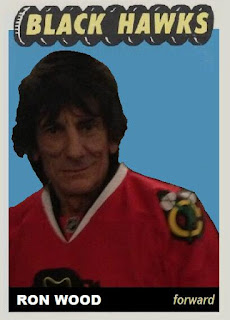