This is a regular series in which I gcreate virtual trading cards for celebrities wearing jerseys.  We continue our alphabetical journey through the teams of Major League Baseball.

Back in the 1980's, ballgirl Marla Collins was often the best part of watching the Chicago Cubs.  The situation produced one of the funniest lines ever, when announcer Harry Caray made reference to Marla "without pants."  Collins became extremely popular, but was eventually fired for appearing in Playboy.  As a nod to the old days at Wrigley, I have created a Celebrity Jersey Card for Collins. 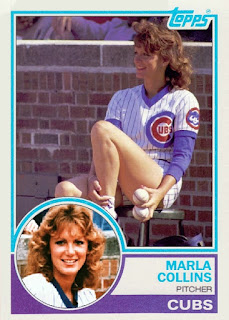 Ronnie "Wooo Wooo" Wickers has never officially been a member of the Cubs organization, but like Collins, he has become strongly associated with the team.  Unlike Collins, the fans are split on Wickers.  Some find his constant "wooo-woooing" to be annoying, while others have embraced him.  I'm about 60/40 on that topic, but I recognize his connection by creating a Celebrity Jersey Card for Wickers. 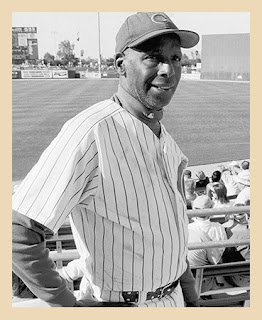 Hi there, would love to buy a physical copy of this card? Don’t suppose that’s possible?
Timwiles@ymail.com