Celebrity Jersey Cards is a regular series in which I create virtual trading cards for jersey-clad celebrities.  Today, we continue to work our way alphabetically through Major League Baseball.

Five-time Olympic gold medalist and nine-time world champion Katie Ledecky was born in Washington, D.C.  Staying true to her roots, she has made multiple appearances at Nationals Park, one of which landed her on a Celebrity Jersey Card.  Since her uncle John owns the New York Islanders, maybe we wil see her repping the Islanders someday. 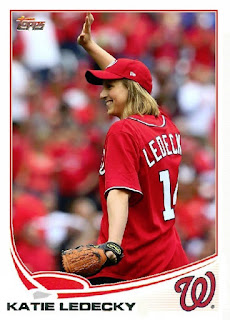 Paul Wight was born in Aiken, SC, but rose to fame as The Giant in pro wrestling.  He later switched to The Big Show.  He's won many titles in his 20+ years in the ring.  I think he is probably the biggest person yet on a Celebrity Jersey Card. 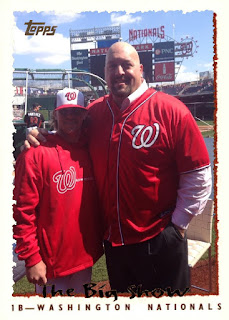