Born in Canada, Kylie Bunbury originally worked as a model, before transitioning into acting. She played lead character Ginny on tv's Pitch, a drama about a female pitcher with the San Diego Padres. Unfortunately, the series lasted only season. Bunbury earned her Celebrity Jersey Card from the show, but I would have thought Topps would have made actual cards. 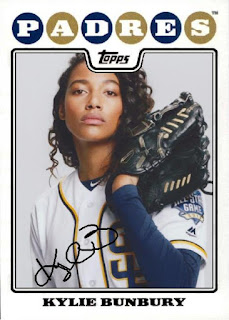 Actor Dan Lauria was born in Brooklyn, NY and rose to fame on tv's The Wonder Years. He also has earned a lot of praise for his work on the stage, including as Vince Lombardi in Lombardi. Lauria starred as Al Luongo, the Manager of the Padres on Pitch, thus earning his Celebrity Jersey Card. 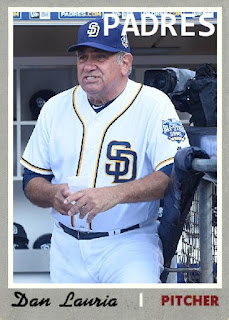