Detroit's very own Ashley Gold gained fame on tv's Hardcore Pawn. Seemingly always at odds with brother Seth, Ashley's tv persona was much different than the sweet woman I met at Motor City Comic Con. Ashley borrowed some stuff from the family-owned American Jewelry and Loan for her Celebrity Jersey Card. 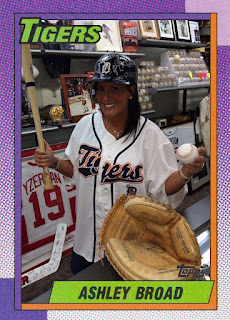 Wasalu Muhammad Jaco was born in Chicago, but grew to fame as rapper Lupe Fiasco. During his career, he has received mulpitpl Grammy nominations. With no known connection to Detroit, I am guess his Celebrity Jersey Card came from an appearance in Motown, although maybe he just wore the jersey for a random show elsewhere. Either way, I like the "green-ness" of this card. 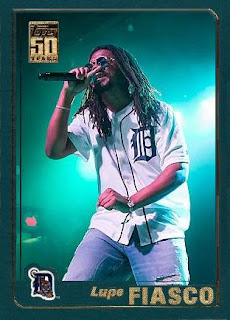