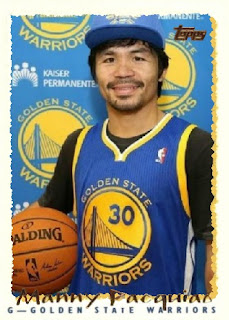 Two-sport athlete "Neon" Deion Sanders played for the Atlanta Falcons and the Atlanta Braves, among other teams in both the NFL and MLB. For his Celebrity Jersey card, Sanders wore an Atlanta Hawks jersey, for his third Atlanta team and third sport. Sanders probably could have played in the NBA, too. 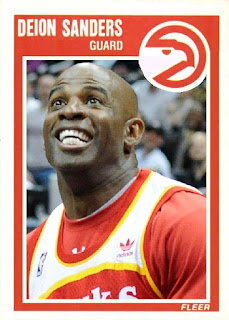