A native of Joliet, IL, Allie Quigley starred at Joliet Catholic and DePaul before being selected by the Seattle Storm in the WNBA 2008 draft. A few teams later, Quigley joined her hometown Chicago Sky in 2013. She is as popular as she is talented. It has been a lot of fun watching her up close during my coverage of the Sky. Quigley earned a Celebrity Jersey Card when she threw out the first pitch for the Chicago Cubs. 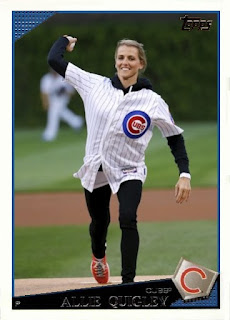 Megan Blank starred at the University of Iowa, before joining the Chicago Bandits in 2015.Megan was an outstanding and popular player for the Bandits during her four seasons, before retiring earlier this year. Megan was a real pleasure to watch and know. She was the consummate pro and she'll be missed. Megan's Celebrity Jersey Card comes from a childhood picture of hers. I am assuming the picture is from one of her childhood teams. 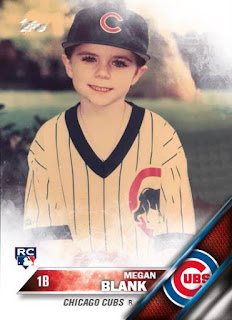