Motor City Comic Con takes place May 17-19 in Novi, MI. I continue looking back on some of my favorite guests from previous years.
Mickie James was a fan of wrestling as she grew up.  She attended a wrestling school and made her debut in 1999.  Since then, she has wrestled for the WWE, Impact, ROH and many other companies, winning titles everywhere.
Several years ago, Mickie released Strangers and Angels, an 11 track cd.  Mickie wasn't the first wrestler to incorporate singing into her gimmick, but she was one of the most legit to do so. 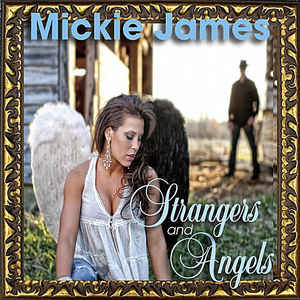 Mickie co-wrote a couple songs on the cd.  She also opened shows for Montgomery Gentry, Randy Houser, Gretchen Wilson, and Rascal Flatts.
I bought this cd directly from her at the Motor City Comic Con.  I'm not usually a fan of country music, but I do like this cd (and not because I like her).  Years later, it is still in my cd rotation in my car.  Especially if you like country music, check out the cd on YouTube.
A few years later, she released Somebody's Gonna Pay.  I never got this cd, but I really need to do that.
You can get more news and updates by following Mickie James on twitter.  Also, all of Mickie's music is still available on Amazon.
For this year's celebrity and artist lineup, head to MotorCityComicCon.com. I'll be "On the Beat" all weekend (May 18-20). Mickie is not scheduled to be there, but plenty of other great celebrities and creators will be there.. 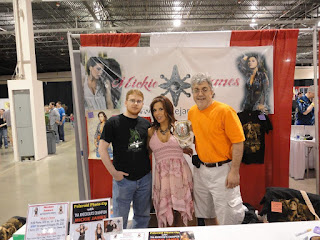