Mallory Pugh is a soccer player for Sky Blue FC of the National Women's Soccer League and also the United States national team. In 2015, she received the U.S. Soccer Young Female Player of the Year and Gatorade National Girls Soccer Player of the Year awards. Pugh was the youngest female player to be selected and play for the U.S. national team during an Olympic qualifying tournament. Although she was recently traded to Sky Blue FC, her Celebrity Jersey Card came from an appearance with then-Washington Spirit teammate Rose Lavelle, who is also pictured. 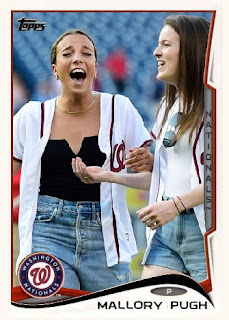 Rose Lavelle plays for the Washington Spirit and the US National team. Last year, Lavelle was awarded the Bronze Ball at the FIFA Women's World Cup awards, was named the sixth best player in the world at the The Best FIFA Football Awards and was one of three midfielders named to the 2019 FIFA FIFPro World XI. Lavelle's Celebrity Jersey Card comes from the same appearnce as Pugh's, although Lavelle's card i a solo shot. 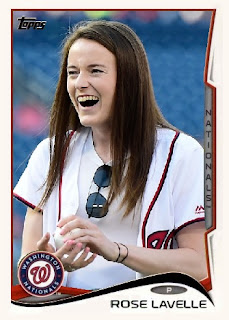