Born in Michigan, Lautner is probably best known for his role in The Twilight Saga film series. In 2010, he was ranked second on Glamour's "The 50 Sexiest Men of 2010" list and fourth on People's "Most Amazing Bodies" list. I'm not too familiar with Lautner's work, but I'm not above using a bit of beefcake on Celebrity Jersey Cards. I have created plenty of CJCs for beautiful women and turnabout is fair play. 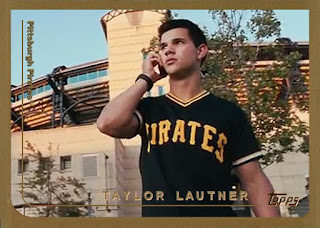 Puerto Rico native Juan Antonio Rodriguez carved out a Hall of Fame golf career, while being one of the most colorful golfers. Chi Chi developed his trademark "toreador dance" after receiving complaints about his previous act of putting his hat over the hole whenever he made a birdie or an eagle. Rodriguez has eight PGA tournament wins and numerous awards and accolades. Rodriguez's image appeared on Devo's single "Be Stiff," before they were signed to Warner Bros. Records. It gets a bit complicated, but eventually a modified version of the picture appeared on the cover of Devo's Q: Are We Not Men A: We Are Devo! album. 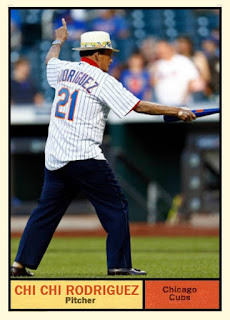