Cincinnati native Aubrey Bledsoe was a star soccer goalie at Wake Forest University. Currently, she plays for the Washington Spirit in the National Women's Soccer League and for Sydney FC in the Australian W-League. In 2019, she received her first senior call-up to the United States national team. Bledsoe earned her Celebrity Jersey Card when she threw out a first pitch for her hometown Cincinnati Reds. 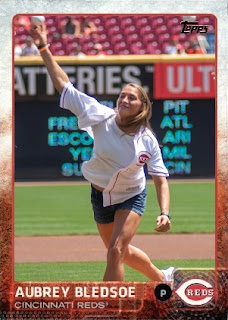 Fellow Cincinnati native Tori Huster was a soccer midfielder at Florida State University. Huster was the Washington Spirit’s second pick in the 2013 NWSL Supplemental Draft and has played for the Spirit ever since. She has also played for other teams over the years. Huster earned her Celebrity Jersey Card with Bledsoe by throwing out a ceremonial pitch for the Cincinnat Reds. 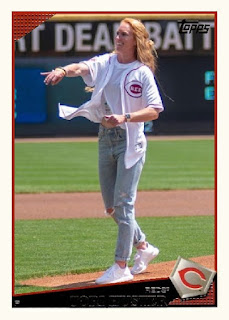