I have been writing for GlobalWomensSportsRadio.com for several months. Since the WNBA and Athletes Unlimited seasons ended, I don't have as much new to report.

I started writing a few random women's wrestling updates and then I realized it could become a weekly feature. I pitched the idea of a Weekly Women's Wrestling Wrecap to the big cheese at GWSR. Fortunately, he gives me a lot of freedom in my writing.

It is now a weekly series appearing every Monday on GWSR. I bring it down by each of the big companies and independents. I also include upcoming women wrestler appearances. Several retired and active women wrestlers have shared the news and it seems to be picking up viewers. 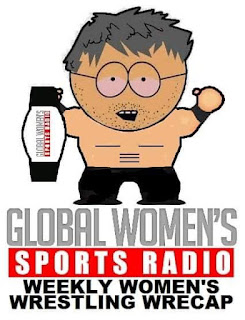