Cards That Never Were is a recurring series in which I create virtual trading cards for players missed in various sets. It is a concept I have borrowed from far too many to list, but I appreciate all of their efforts. More of my creations and many great creations of others can be found in the Custom Baseball Cards Facebook group (and not just baseball cards).
Rudy Meoli was selected by the California Angels in the 4th round of the 1969 MLB draft. He made his MLB debut in 1971, appearing in seven games. He spent 1972 in the minors, but returned in 1973. He stayed with the Angels through 1975. In late '75, he was traded to the San Diego Padres, then traded to the Cincinnati Reds in early '76, playing both seasons in the minors. The Chicago Cubs purchased him in 1977 and he returned to the Majors with them in 1978. Meoli signed as a free egnt with the Philadelphia Phillies for the 1979 season, but was purchased by the Minnesota Twins in midseason. He only played in the minors for the Twins and was released after the season. He tried out with the San Francisco Giants in Spring Training of 1979, but did not make the team.
All told, in parts of 6 seasons, he played 310 games, hitting .212 with 133 hits, 2 HRs, 40 RBIs and 60 R. Mostly a shortstop, Meoli played a little at 2B and 3B with one game at 1B.
For his efforts, Meoli had cards in 1974-'76 and '78. Theoretically, that left 1972 and '79. I created a rookie 1972 card and the 1979 card. I am also featuring other Meoli cards that Lynn (from the previously mentioned FB group) created. 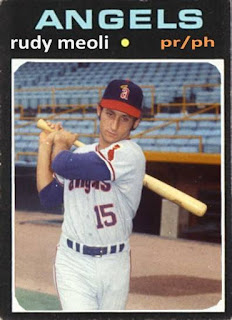 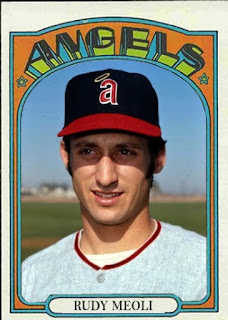 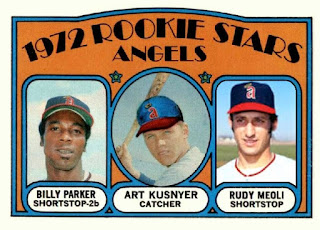 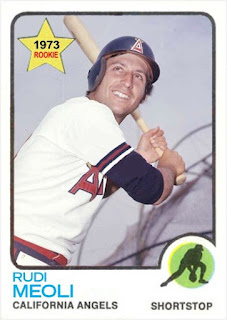 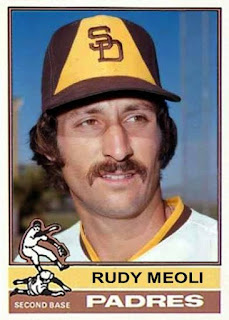 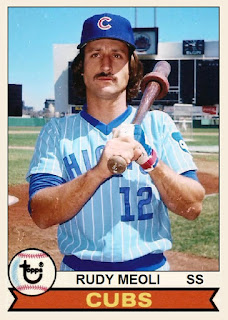 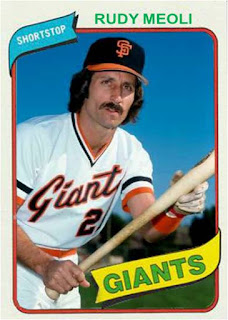