Celebrity Jersey Cards is a weekly series featuring celebrities wearing jerseys. Being May 4, today I present a special Star Wars edition and May the Fourth be with you!

Leva Bates has wrestled all over the world, including for the WWE and AEW. She is known for her cosplaying while wrestling. It was her appearance as Han Solo which landed her on her Celebrity Jersey Card. 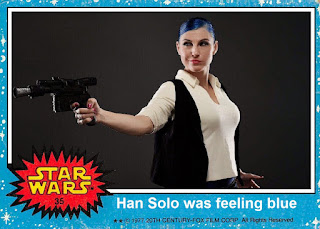 Velvet Sky has probably appeared on more Celebrity Jersey Cards than anyone else. Velvet modeled every NFL team jersey for pictures a few years back.  She is currently with Ring of Honor. For her latest Celebrity Jersey Card, Velvet did her best slave girl Leia impression. 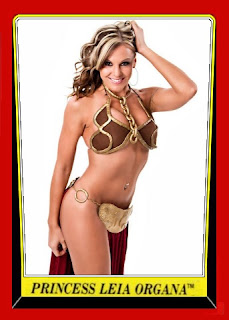