Through my writing for Global Women's Sports Radio, I started another project with GWSR writer Candace Cordelia. We have started Pinfalls, where we look at the next PPV, making predictions and discussing relevant women's issues in wrestling.

Last time, Candace and I looked at WWE: WrestleMania Backlash. We agreed on all the matches and went a perfect 5-0. This time, we look at WWE's Hell in a Cell, which will airs tonight. There are six matches and we finally have different picks on some of the matches, but you'll have to watch the video to find out which ones.

The Hell in a Cell lineup is:

-SmackDown Women's Championship: Bianca Belair (c) vs. Bayley in a Hell in a Cell match

-WWE Championship: Bobby Lashley (c) vs. Drew McIntyre in a Hell in a Cell

The previously listed match of WWE Universal Champ Roman Reigns defending against Rey Mysterio was moved to SmackDown. yesterday. Reigns came away with the victory.

Candace and I also discuss the storyline involving Alexa Bliss and Lilly and the significance of half of the matches on this show being women's matches. We both have our own takes on both situations, but are in total agreement that it is fantastic to have so much women's wrestling being such a big part of the conversation right now. 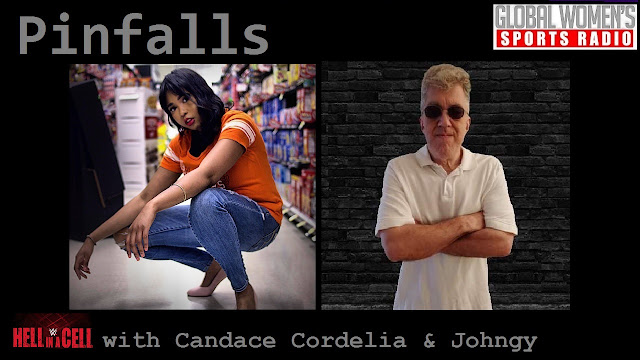