Born in Martins Ferry, Ohio, John "Hondo" Havlicek starred at Ohio State before being selected by the Bston Celtics with the seventh overall pick in the NBA 1962 NBA Draft. He went on to play 16 seasons for the Celtics on his way to a Hall of Fame induction in 1984. Havlicek had Parkinson's disease during his last years before passing in 2019, Havlicek took part in a special night at Fenway Park honoring the Celtics to earn his Celebrity Jersey Card. 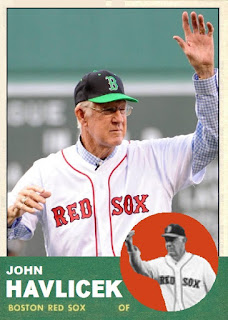 Havlicek's longtime teammate Tom Sanders was born in New York, starred at NYU and was selected by the Boston Celtics with the eighth pick of the NBA 1960 Draft. Sanders played with the Celtics for 13 years. Sanders eventually had a short stint as coach of the Celtics. Sanders was inducted into the Naismith Basketball Hall of Fame as a contributor in 2011. Like Havlicek, Sanders earned his Celebrity Jersey Card while being honored by the Red Sox. 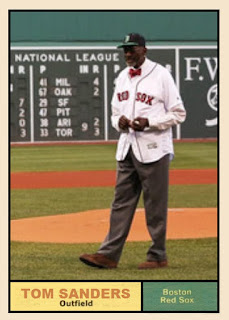