I always cover Great Lakes Championship Wrestling's Blizzard Brawl, but a few weeks later, I will be back "On the Beat" in Wisconsin for Sunny Days, featuring Tammy Sytch. I wrote about it at Sunny Days Coming to Cedarburg, Wisconsin for Global Women's Sports Radio.

Like most wrestling fans, I was a big fan of Tammy bag in the day. In the mid 90s, she was not only the biggest thing in the WWF, she was the most downloaded female celebrity on AOL. Since then, she has had her share of troubles, but she always bounces back. She is tenacious for sure.

I always have a sot spot for Tammy. She has always treated me well. Tammy always treats all her fans well though.

As soon as GLCW announced Tammy would be appearing at Sunny Day, I immediately signed on to cover that event. Tammy doesn't make many midwest appearances and I was not going to miss this one.

Go to GreatLakesChampionshipWrestling.com for more info on Sunny Days and other GLCW events. Promoter and #SuperFriend David Herro and his crew always make every event a great time for all. I highly recommend starting the year with a Sunny Day. 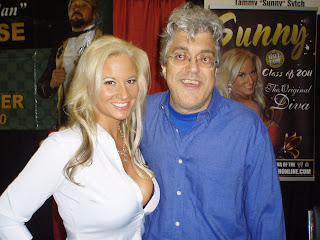