On the Beat With Opal Lee

The Dallas Wings held a very special media session on Sunday. It started with a brief appearance by Coach Vickie Johnson, who graciously gave way to Opal Lee. Teacher, counselor, activist Lee is called the “grandmother of Juneteenth” for all the work she did in it becoming a national holiday. That media session is at On the Beat With Opal Lee.

A native of Marshall, Texas, Lee worked tirelessly for decades to have Juneteenth recognized as an official holiday. In 2021, at the age of 94, Lee was an honored guest as President Joe Biden signed it into law.

Lee's dream and her promise was to see Juneteenth as a holiday within her lifetime.  Her work with Juneteenth was her major accomplishment, but she has a lifetime of other social activism.

You could feel her pride as she spoke, but you also could see her genuine joy in life. At 95, Lee's spirit is infectious.

When the Wings announced the media session with Lee, I immediately RSVP'ed because it was a rare chance to be part of an interview session with a person of real historical significance. As the session progressed, I got chills listening to her speak. She has experienced so much and is so full of life. Juneteenth was her dream, but she also spoke on many other topics.

It was a wonderful experience taking part in this session with Lee. An important figure in history, Lee is an even more impressive human. Rarely have a left a media session feeling as positive about life in general. 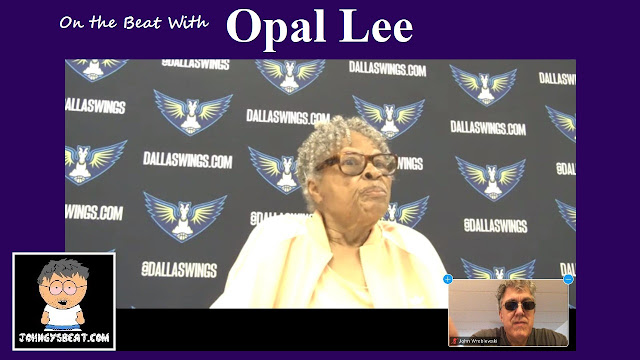